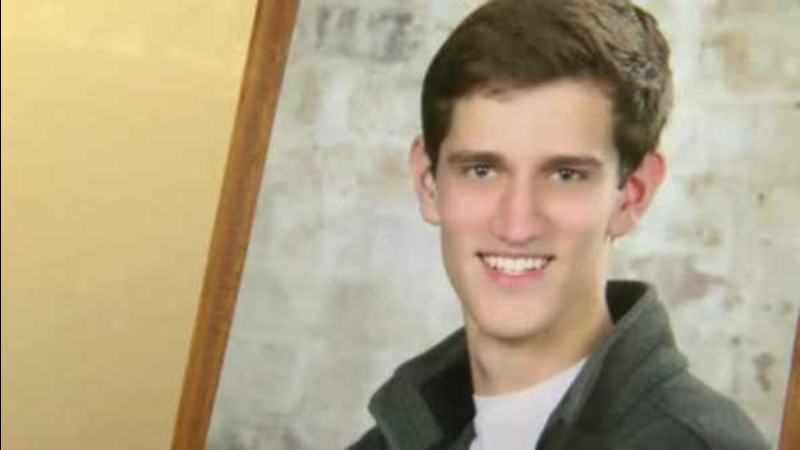 Investigators say he jumped from a rock onto a plastic bag filled with a homemade mix explosives.

It may have been abandoned in the park by a hobbyist who had tried but failed to detonate it, investigators say.

The victim, 18-year-old Connor Golden of Fairfax, Virginia, will have a second surgery in the coming days to remove the rest of his leg below the knee. He remains hospitalized in stable condition at Bellevue Hospital.


Police wrapped up their investigation in the park overnight, and it will take days to test the chemicals recovered.

The explosive material recovered in the park was in a plastic bag.

It is described as an apparent makeshift attempt to replicate "snapper" fireworks, making a noise when thrown to the ground.

There is evidence of an unsuccessful attempt to light the bag or otherwise set it off, authorities said.

The bag was then discarded in a remote area. It is believed to have been there at least since Friday night.

"We would not characterize this as an explosive device and it was not placed there as part of an experiment for someone to be hurt or step on it or touch it. Not at all, absolutely not," said NYPD Commissioner Bill Bratton.

At a news conference Sunday, officials said they believe the blast near Fifth Avenue and East 62nd Street was caused by an 'experiment' of fireworks or a homemade device.

Police are still trying to determine who the device belonged to. The victim and his friends were cleared, and officers said they were innocent victims.
"There's nothing to indicate that this was an explosive device that was placed or put in this area with a specific intent to harm an individual," said Lt. Mark Torre, commanding officer of the NYPD Bomb Squad.
Related topics:
midtownnew york cityexplosioncentral park
Copyright © 2021 WABC-TV. All Rights Reserved.
More Videos
From CNN Newsource affiliates
TOP STORIES