WABC
By Lucy Yang
MORNINGSIDE HEIGHTS, Manhattan (WABC) -- The Columbia University varsity wrestling team is off to a scandalous start. They are banned from their first match this weekend after private group comments were made public.

The outrageous statements were made on a private group message site called 'GroupMe', where members of the men's wrestling team reportedly texted homophobic, sexist and racist comments with each other. They are too obscene for Eyewitness News to show, but they were made public when a student online news platform quoted the messages. Some date as far back as 2014.

In response, the University banned the team from its season opener against Binghamton University this weekend, but the rest of the schedule remains on the team's website. 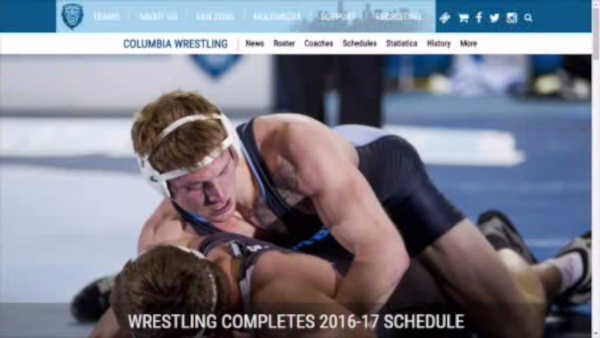 The student's blog quotes the University's response: "Columbia University has zero tolerance in its athletics programs for the group messaging and texts sent by several members of the men's varsity wrestling team. They are appalling, at odds with the core values of the University, violate team guidelines and have no place in our community."

Students who Eyewitness News talked to agree with the punishment.

"I don't think it really matters if it happens in a private setting or a public setting - those types of comments are just absolutely unacceptable," said Columbia Freshman Jacob Shiers.

"I think it's absolutely ridiculous, so I support that decision, and it doesn't hurt me in the slightest knowing that they don't get to participate in their match," added Columbia Masters Student Candice Aparicio.

Other universities have also punished their teams for unacceptable language and behavior. Recently, Harvard University banned its men's soccer team for the rest of the season after it was reveals the players were rating female soccer players in vulgar terms.
Related topics:
morningside heightsnew york citywrestlingcolumbia universityracism
Copyright © 2021 WABC-TV. All Rights Reserved.
More Videos
From CNN Newsource affiliates
TOP STORIES