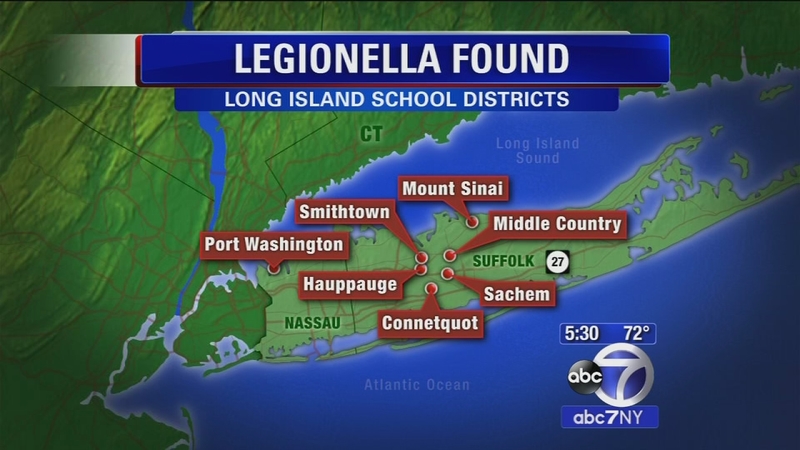 School officials say the cooling towers were taken off-line immediately, and most have been disinfected already. So far, no teachers, staff or students have fallen ill.

"We trust the school, and they're good to our kids," parent Bobbie Jo Pyne said. "So I would say they would keep them safe and would tell us if anything wasn't."

That was the reaction from most parents who spoke to Eyewitness News upon learning the news. Parents of children at Sequoya Middle School in Holtsville learned about it Wednesday.

"We got a phone call today that they found traces in three of the schools," said dad John Pyne, who added he was not overly concerned and that they wouldn't be pulling their child out of class.

Brendan Broderick is the president of environmental consulting company J.C. Broderick and Associates, which has been tasked with checking for Legionella in the cooling towers of many of the local school districts. He says the fact that Legionella has been found in so many schools should not be alarming, as it is a naturally occurring bacteria. He says it's more of a testament to the diligence of school administrators.

"They're going out, they're following the rules," he said, "They're actually inspecting their towers, and they're being transparent if they're finding it."

The water in the cooling tower system does not provide water to the kitchen sinks, the bathrooms, the water fountains or any water that is consumed.