WABC
NEW YORK (WABC) -- A coyote that was tranquilized and captured after it was spotted running through Battery Park early Saturday is now at Animal Control.

Emergency Services Unit officials took the animal to a shelter. 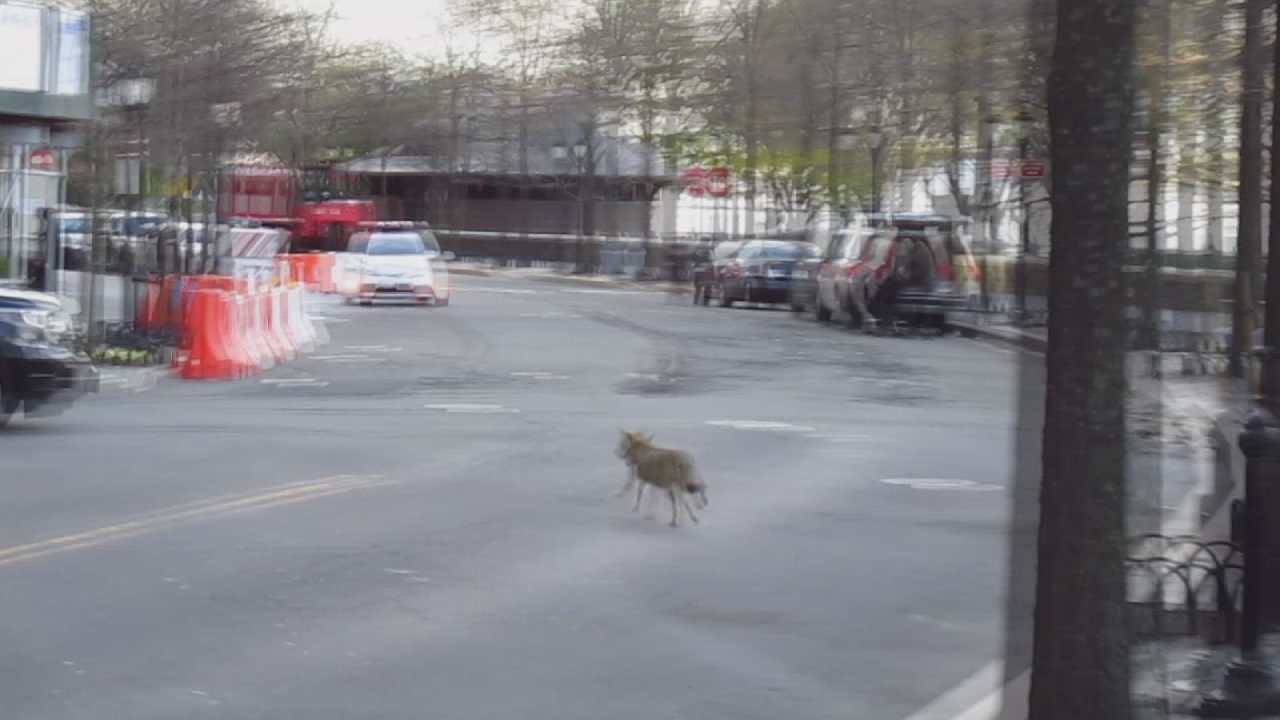 Coyote seen Battery Park on the East Side
Raw video

The coyote was first Saturday morning around 7:30 a.m. near Battery Park City, according to the New York City Police Department. Police responded and found the animal running up and down the North Cove Marina and a nearby park for about an hour.

Officials cornered the animal near a cafe toward the south end of the marina, where the coyote was hit with a tranquilizer dart and put in a cage.

The coyote was taken to the Center for Animal Care and Control located on East 110th Street where it will be observed.

According to the police, there wee no injuries to the animal or police.

This is the second location where a coyote has been spotted in Manhattan. A coyote was seen earlier this week on the Upper West Side in Riverside Park.
Related topics:
lower east sidebattery park citynew york citycoyoteslower east side
Copyright © 2020 WABC-TV. All Rights Reserved.
More Videos
From CNN Newsource affiliates
TOP STORIES