WABC
By Kemberly Richardson
NEW YORK (WABC) -- An investigation is underway after an air conditioner being lifted by a crane at an office building in Midtown Manhattan broke free Sunday and fell about 28 stories to the sidewalk below.

As a result of the accident, motor vehicle traffic is still banned on Madison Avenue from 34th Street to 42nd Street. Cross street traffic can get through. Pedestrian traffic is banned from 37th Street to 40th Street.

There is currently not believed to be any criminality. 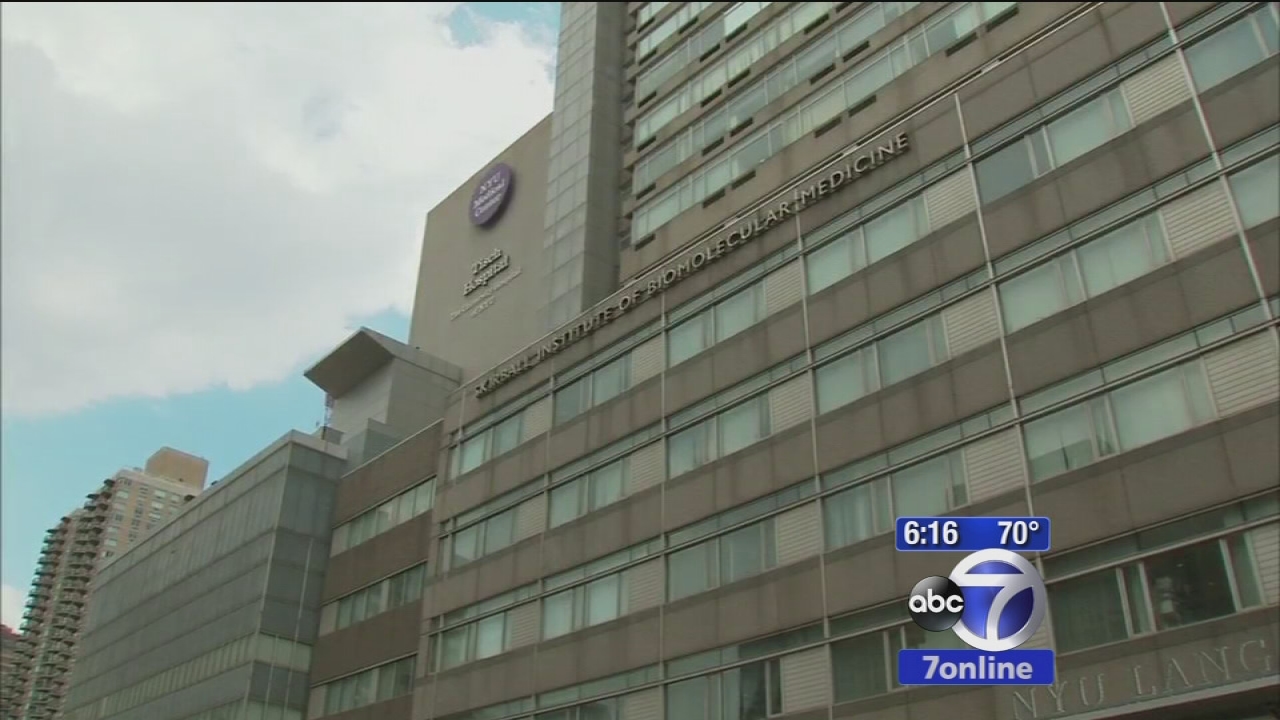 Update on victims in Midtown crane accident
Renee Stoll has the latest.
Crews are in the process of repairing the street and removing debris from the scene. Office chairs from inside the high rise ended up on the sidewalk, and cars along the street were hit with chunks of debris.

Gregory Welch and his wife, Priscilla, were driving their black Mazda on the street below when the incident happened. Now, they're trying not to think about how close they came to death.

"I don't think about what could've been, at least I try not to," Gregory said. "The airbags deployed, and the car started smoking in the front, so I said 'we have to get out of here.'"

The car and everyone below was peppered with pieces of rubble.

"It just got foggy that quick, and boom, we heard an impact on the top and in the back," Gregoy said. "My daughter was sitting back there 30 seconds before."

In the cloud of dust, the couple had only seconds to get out of their car, convinced that if they stayed inside, they would die.

"We've had some close calls, but not like that," Gregory said. "Plus, we thank God he was shielding over us." 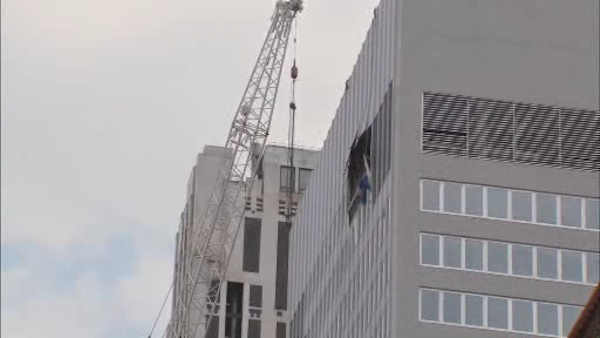 PHOTOS: Midtown crane accident
A crane trying to lift an air-conditioning unit dropped it Sunday morning at a building on Madison Avenue.
Other witnesses described a terrifying scene.

"We heard an initial crash, and then some rapid-like firecrackers going off, a pack of firecrackers," witness David Katz said.

The initial crash, officials say, was the sound of the huge air conditioning unit slamming into one part of the building.

The load dropped, hit the facade and then tumbled down the tiered section. Each time it collided, it brought down parts of the building.

"There are a lot of setbacks in front of that building, and we're lucky this piece of equipment didn't fall directly into one of these set back roofs and go through the building," Spadafora said.

However, the facade was clearly heavily damaged in several spots.

The Fire Department and buildings department were examining surrounding buildings to determine if any are structurally compromised.

Mayor Bill de Blasio, speaking to reporters on Madison Avenue a block from the accident, called it "obviously, a very serious incident."

"Thank God, this incident occurred at an hour of the day on a weekend when there were not too many people around," de Blasio said.