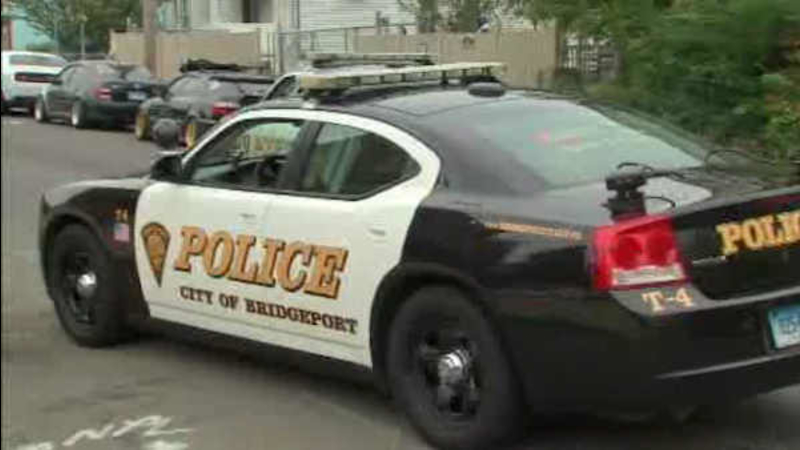 BRIDGEPORT, Connecticut (WABC) -- The owner of a minimart in Bridgeport, Connecticut fought back against a pair of would-be robbers.

He managed to fire off a shot, and it was enough to send the suspects running.

The suspects were armed and dangerous. They fired off shots in a residential neighborhood.

The only reason they got away empty handed was that the store owner was armed too.

They step inside, then one of the suspects cocks his firearm.

But before he can even say a word, the store owner reaches for his gun and fires a warning shot, sending those would be bandits scrambling.

"How am I gonna be scared because when you do a business you're not supposed to be scared of anything. You make a living. You know we're here to make a living," said the owner, Mohamed Yasir.

A bullet hole was left in the ceiling from the shot Yasir fired.

A resident carrying a licensed firearm confronted the suspects outside. They exchanged fire, shattering the store's window.

"It's crazy. It's my first time ever witnessing this!", said eyewitness Ayana Junes.

Junes says she was heading to the store when she saw the suspects fleeing.

"They were running right down there and then I saw a guy running over here and he had a gun in his hand and I heard pow pow and then I ran back home," she said.

It happened on Beechmont Avenue just before 9 p.m. Wednesday. Yasir is no stranger to violence, robbed 8 times in 25 years.

The last time he was held up was just four weeks ago.

"I know they came to rob me, they came to shoot me or whatever but always you for to protect yourself. I got family to feed," Yasir said.

"Mohamed has never really been a coward so anytime someone has actually come in here and really caused a problem," said customer Gilbert Figueroa. "At first he's respectful, tries to be as respectful as possible, but if you come and threaten his business he's willing to protect his business."

Twice Yasir has actually shot would be assailants.

Luckily no one was hurt in this incident.

Police say the suspects may have fled in black or dark colored BMW with dark wheels.

"We would like our victims or store clerks to just cooperate and hand them the money but in this case you have people coming into your store and they're armed, you have a means to defend yourself, you believe your life is in immediate threat then obviously you have a right to defend yourself," said Bridgeport Police Captain Brian Fitzgerald.