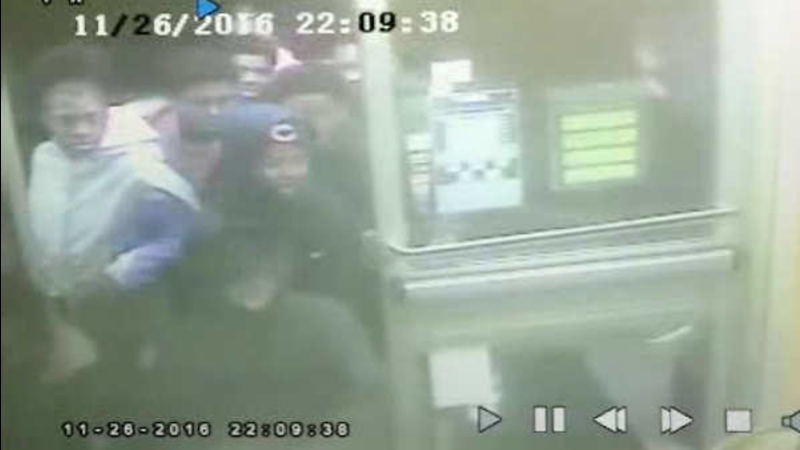 HARTFORD, Connecticut (WABC) -- A mob of teenagers burst into a Connecticut store and robbed it of candy, and experts say it appears these sort of "flash mob thefts" are gaining popularity on social media.

The stunning video shows a stampede of kids rush a Capitol Avenue convenience store located at a Shell station.

"They knocked everything on the floor," manager Ameer Orjani said. "The candy box. They took some, but they damaged everything for the candy."

The incident happened around 10 p.m. Saturday. The motive is still unclear.

"We cannot tell why they are here and why they did this," Orjani said. "We can't figure it out."

So, why would all these kids come just for candy?

"As a rebellion," teenager Malik Bonilla said. "Just attack all the stores you can."

And that appears to be the method, as the Hartford teen shed some light on the subject. He says what you're seeing is a popular type of robbery these days.

"There's videos on Facebook," he said. "They do that in New York and stuff. They ransack the stores and take the stuff."

But never did he think it would hit his hometown.

Police are pouring over the surveillance, looking to ID the boys and girls involved.

But with this type of flash mob mentality growing in popularity, Bonilla warns this could be a disturbing trend for the holiday season.

"At the end of the day, these are our businesses that we come to, buy our food from," he said. "And you shouldn't be doing stuff like that."

Distributors were reloading the shelves at the Shell, and they're keeping a watchful eye too.

"It's dangerous period," distributor Mack West said. "Just about any job you do these days, you just have to be careful, work with your partner and keep an eye out for each other."