Christopher Lenard asked his girlfriend, Lindsay Fuhs, to marry him in front of the ivy at Wrigley Field. The catch? He did this just after she posed for a photo holding the World Series trophy.

Linday's father has worked for the Cubs for the past 38 years. Christopher said once he found out they would be going on the field that day, he knew the time was right. Wrigley is special to the couple - it's where they started dating three years ago.

They waited an hour in line to get a photo with the trophy. Christopher is a lifelong Cubs fan. Lindsay wanted him to hold the trophy for the photo, knowing how much it would mean to him. But he insisted over and over again that she hold it. So she did.

Little did she know that as she turned back to him after the flash, he'd be down on one knee with a ring in his hand.

The couple said the response to their engagement video online has been entirely positive. Congratulations and kind comments have been flooding in all weekend.

"It's really made us happy, seeing other people happy," Christopher said.

Lindsay's father was especially happy. Not only did his beloved Cubs win the World Series, but his beloved daughter is now engaged to the love of her life.
Related topics:
wrigleyvilleengagementworld serieswrigley fieldchicago cubs
Copyright © 2020 WLS-TV. All Rights Reserved.
RELATED 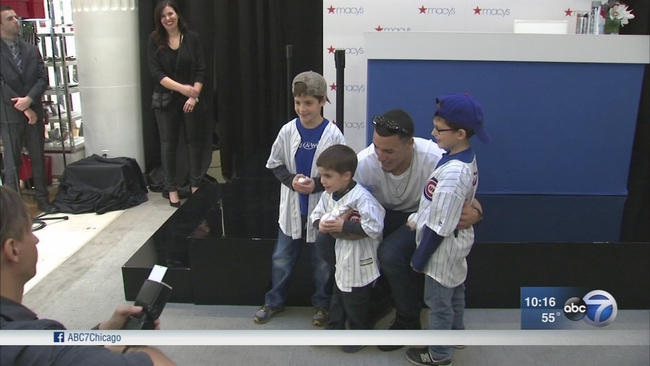 Cubs fans camp out for chance to meet their heroes 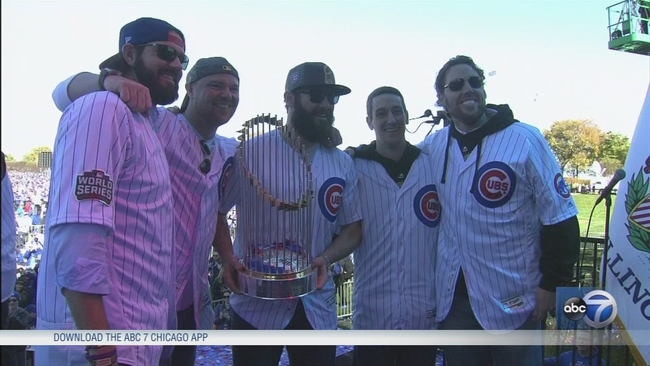 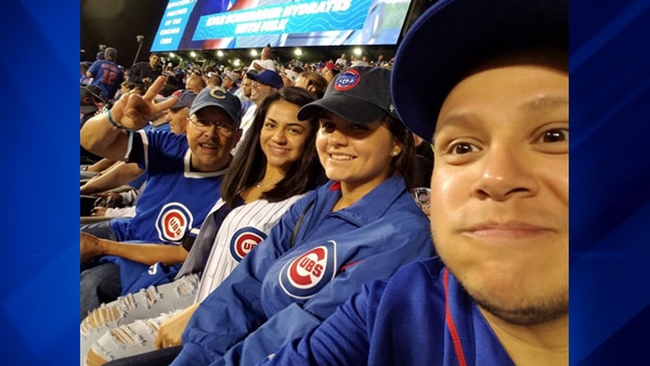 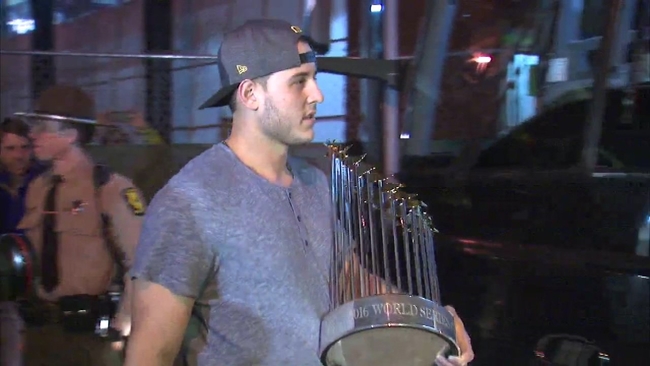