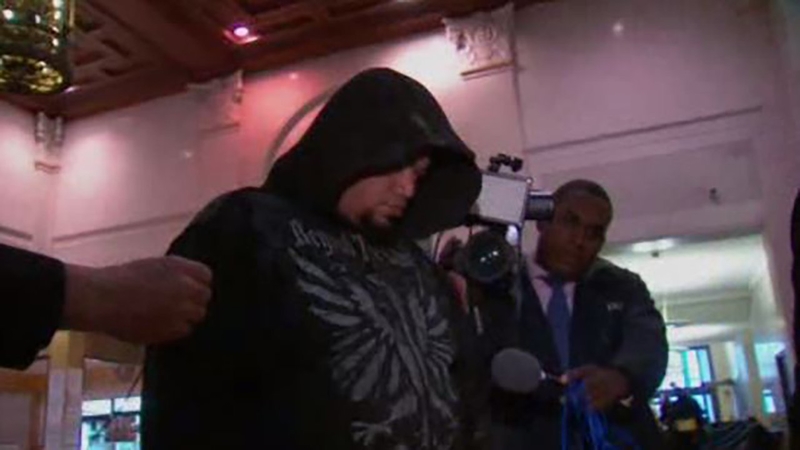 Jose Ramos, 29, was taken back into custody and charged with three more counts of coercion and a count of sex abuse.

In one of the newly investigated incidents, police said Ramos threatened to arrest a 17-year-old girl and 16-year-old girl for allegedly shoplifting on November 23 at the CVS at 6817 Bay Parkway. He convinced them to take nude photos of themselves in exchange for him not turning them over to police and also got them to sign phony consent forms, police said.

On February 5, Ramos accused a 15-year-old girl of shoplifting, police said, then then took photos of her genitals and grabbed her.

He was initially arrested for an incident March 15, when Ramos allegedly confronted a woman he suspected of shoplifting inside a CVS at 411 Ditmas Avenue in the Kensington section. Police said he ordered her to a back office and told her to let him take nude photos of her and touch her so he wouldn't call police.

In that case, he again is accused of making the woman sign a phony consent form that claimed he had permission to take the photos. She filed a police report the next day.

When Ramos was arrested, he reportedly had the consent forms, which prompted an investigation into the unreported incidents.

Ramos was charged with forcible touching, coercion and sex abuse. In court last week, prosecutors asked for bail of $5,000, but Ramos, who has a wife and three children, was released on his own recognizance.

The three other women came forward when the case was made public.

CVS has since released a statement, saying:

"The alleged actions of Mr. Ramos are a gross violation of our policies and wholly contrary to our values. CVS Pharmacy sincerely apologizes to the victims in this matter and we are cooperating fully with the NYPD's Special Victims Division in their investigation."

CVS said Ramos has been suspended from his job and is not allowed to return to the store while the allegations are being investigated.
Related topics:
kensingtonnew york cityshopliftingsex abusesecurity
Copyright © 2021 WABC-TV. All Rights Reserved.
TOP STORIES
How NYC and the Tri-State are celebrating Juneteenth
George Floyd statue unveiled in Brooklyn
AccuWeather: Humid with PM storm, air quality alert issued for Long Island
Will NYC, Tri-State area be impacted by Tropical Storm Claudette?
Wife of man killed by Honolulu police: 'If it was me, I'd still be alive'
Buyers lining up to check out 'house from hell' listed for nearly $600K
Biden family dog Champ dies
Show More
Candidates make final pushes ahead of NYC mayoral primary
What to know about voting in NYC's mayoral primary
NYC elections: What is ranked choice voting?
CT aquarium to auction off chance to name 3 beluga whales
Kids dive for cover as gunman opens fire on NYC sidewalk
More TOP STORIES News