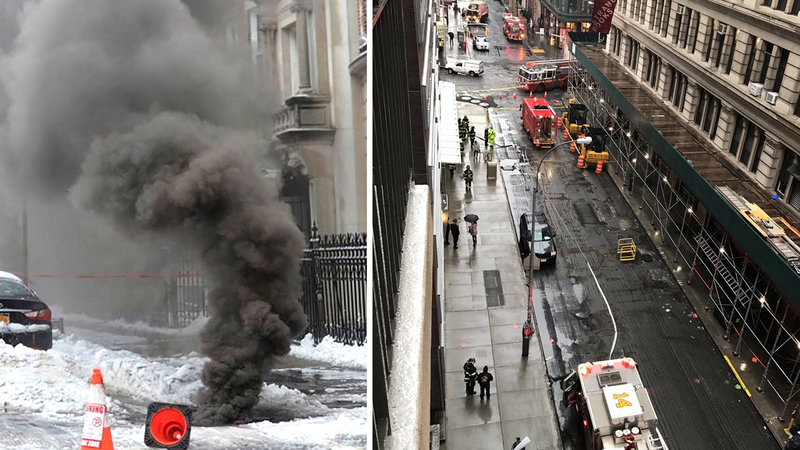 EAST VILLAGE, Manhattan (WABC) -- Multiple manhole fires in Lower Manhattan that the FDNY believes were caused by salt used on roads during snowstorms led to evacuations and building damage Friday.

Fire officials say the salt washes into the underground system, and melting snow mixing with the salt can corrode wires and spark fires and explosions.

The first report was on the northwest corner of East 12th Street and Fourth Avenue at 6:20 a.m., followed by several manhole lids blowing off around 8 a.m, according to Con Edison.

At least one fire truck was damaged.

"A window and part of a compartment door blew off, so it's got minor damage," FDNY Deputy Chief Bob Carroll said. "We were able to drive it back to the fire house to be repaired."

Con Ed reported several stores in the area, including the Strand bookstore, suffered broken windows and other damage.

"We were talking to the owners, and she said she usually has about 200 people in there and work there at one time," Carroll said. "So it was a good thing (that no one was hurt)."