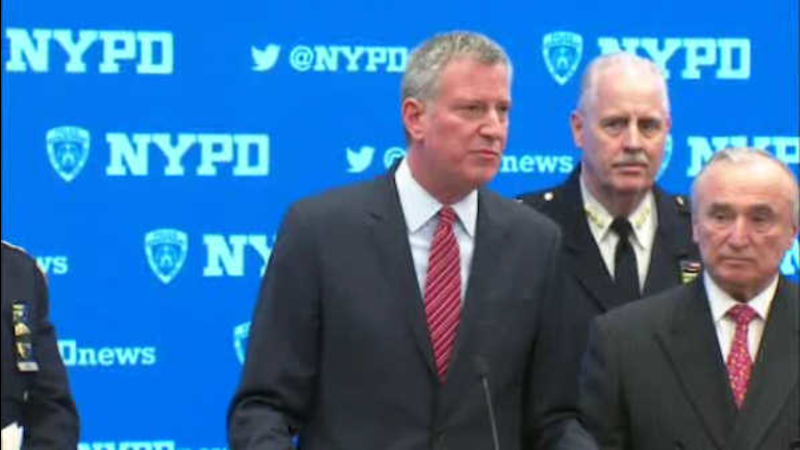 With the giant New Year's Eve celebration closing out 2015 without serious incident, and the historic visit of Pope Francis with a vast of array of security measures, to tens of thousands of people enjoying a safe Thanksgiving day parade, the NYPD is also now revealing a noticeable drop in most areas of crime.

"The overall trend in all of our crime categories, continues to go down," Police Commissioner William Bratton said.

While overall crime was down 1.7% compared to last year, police officials reveal that since January of 2014 crime is down 5.8% overall. Still though there are problems areas.

"Murder, which has a four and one half percent increase, rape which was up about six percent, and robbery which is up, about two percent," said Dermot Shea, Deputy Commissioner, Operations. 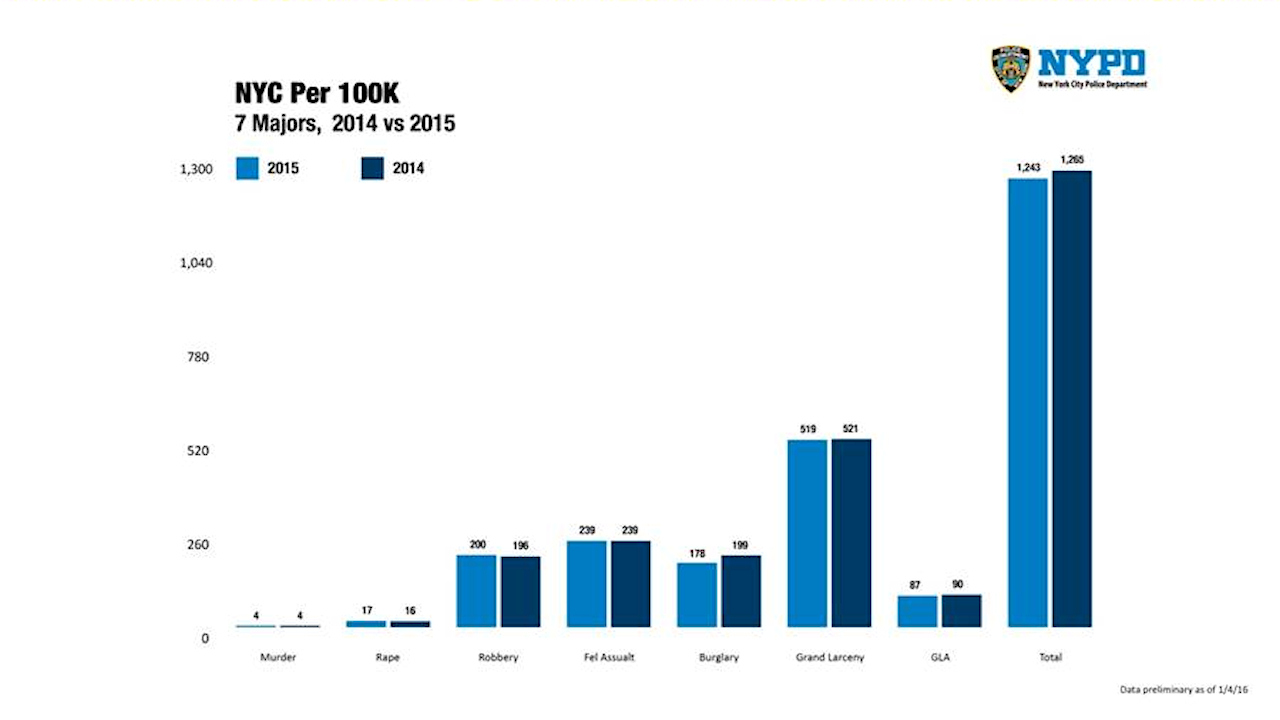 But, other initiatives aimed at getting guns off the streets are paying off.

"Gun arrests have gone up almost 10% compared to the year before," Mayor Bill de Blasio said. 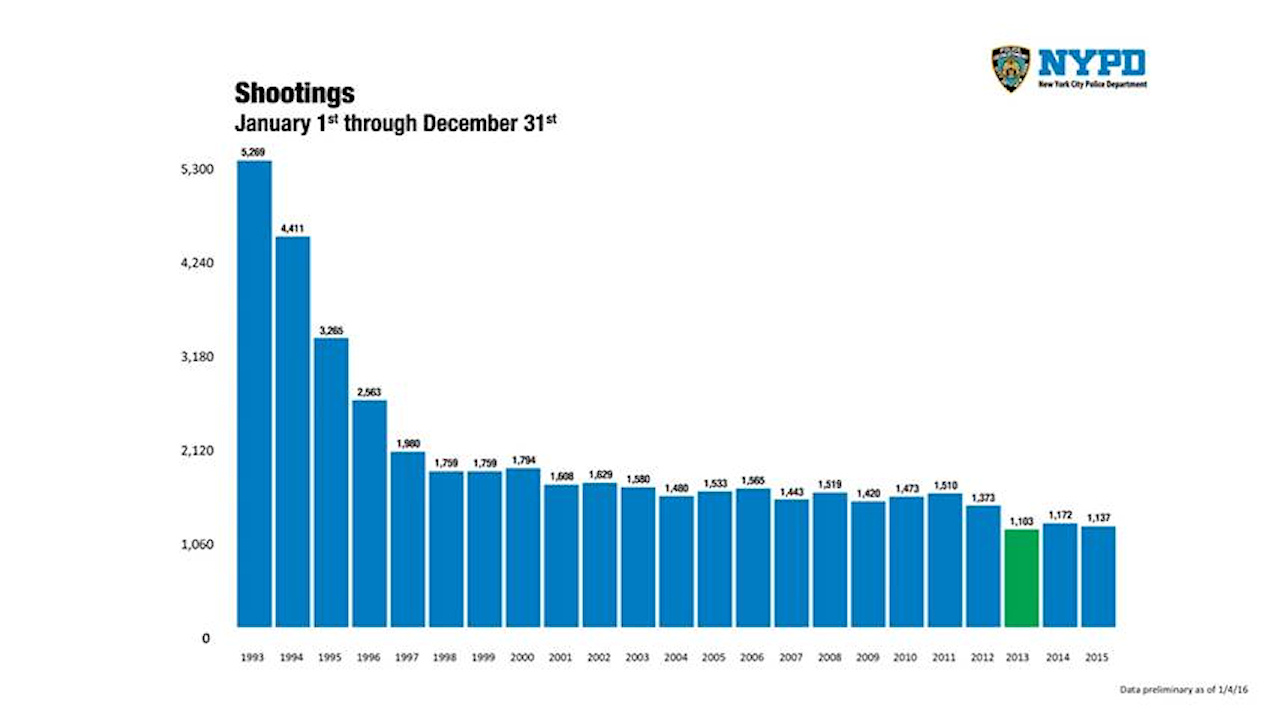 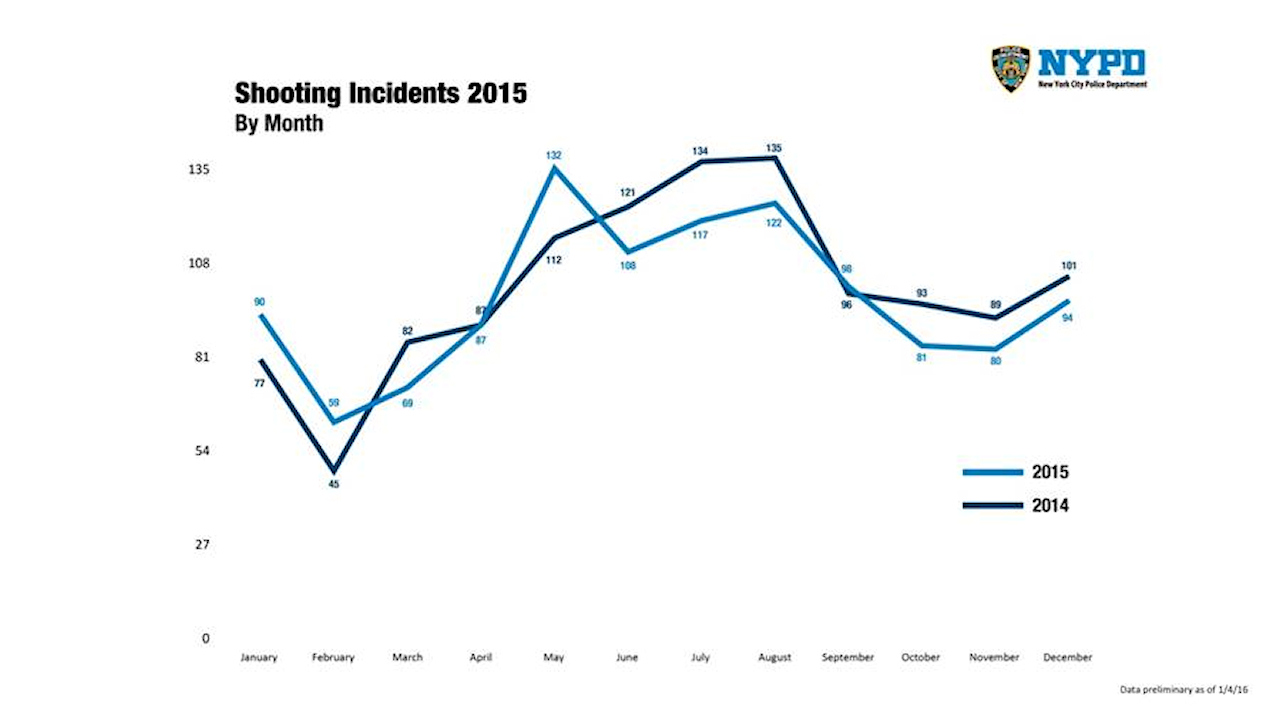 Two of five boroughs though, Manhattan and the Bronx, saw a slight increase in crime.

"Driving Manhattan and of concern to us are some of the robbery conditions, particularly in and around midnight around clubs," Shea said. 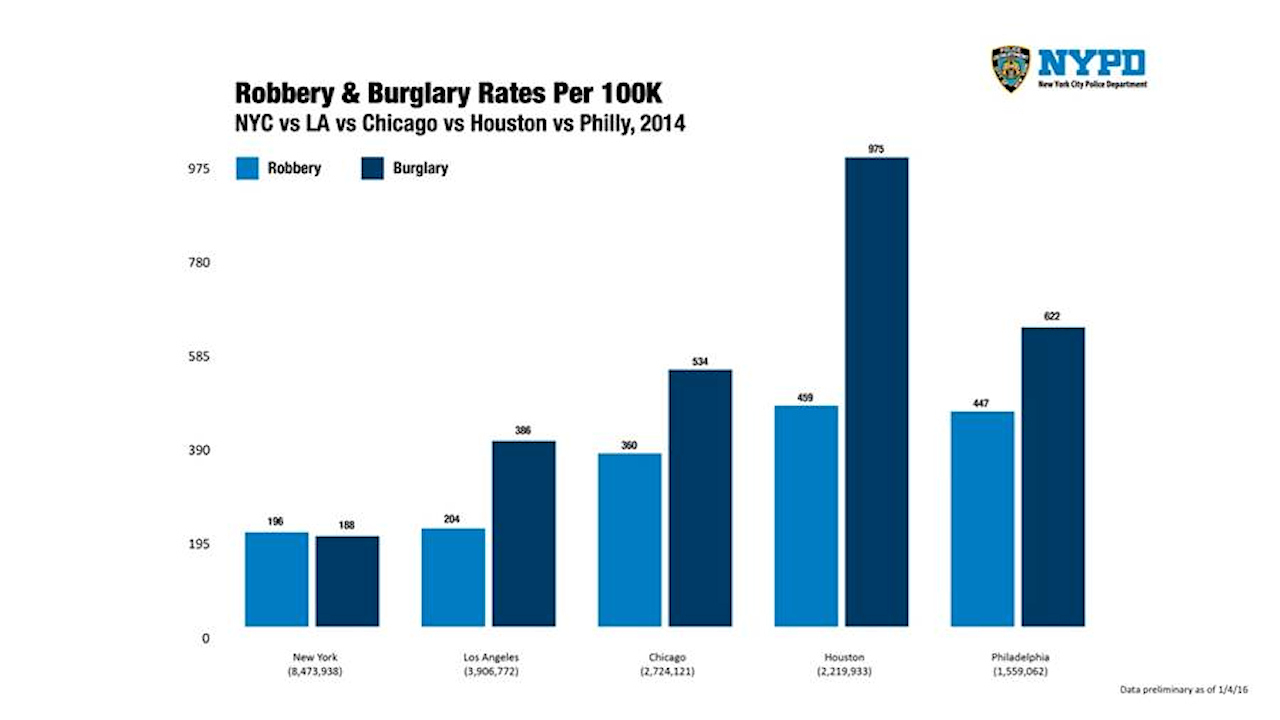 2015 though saw the introduction of new technology, like smart phones enabling officers to respond much quicker to crimes.

"In about six months' time, we have given out 20,000 smart phones and 1,000 tablets," said Jessica Tisch, Deputy Commissioner Information Technology. "No longer does the officer have to rely on the dispatcher to read what the call taker put into the system."

There is also a new GPS system in all patrol cars that can track the location and movements of officers in the field.

Additional anti-crime cameras will be placed in areas to augment the "Shot Spotter" program.

While the New Year brings new challenges, there is the anticipation of additional officers.

"2,000 officers and patrol strength by this time next year, that is going to help us go even farther," de Blasio said.