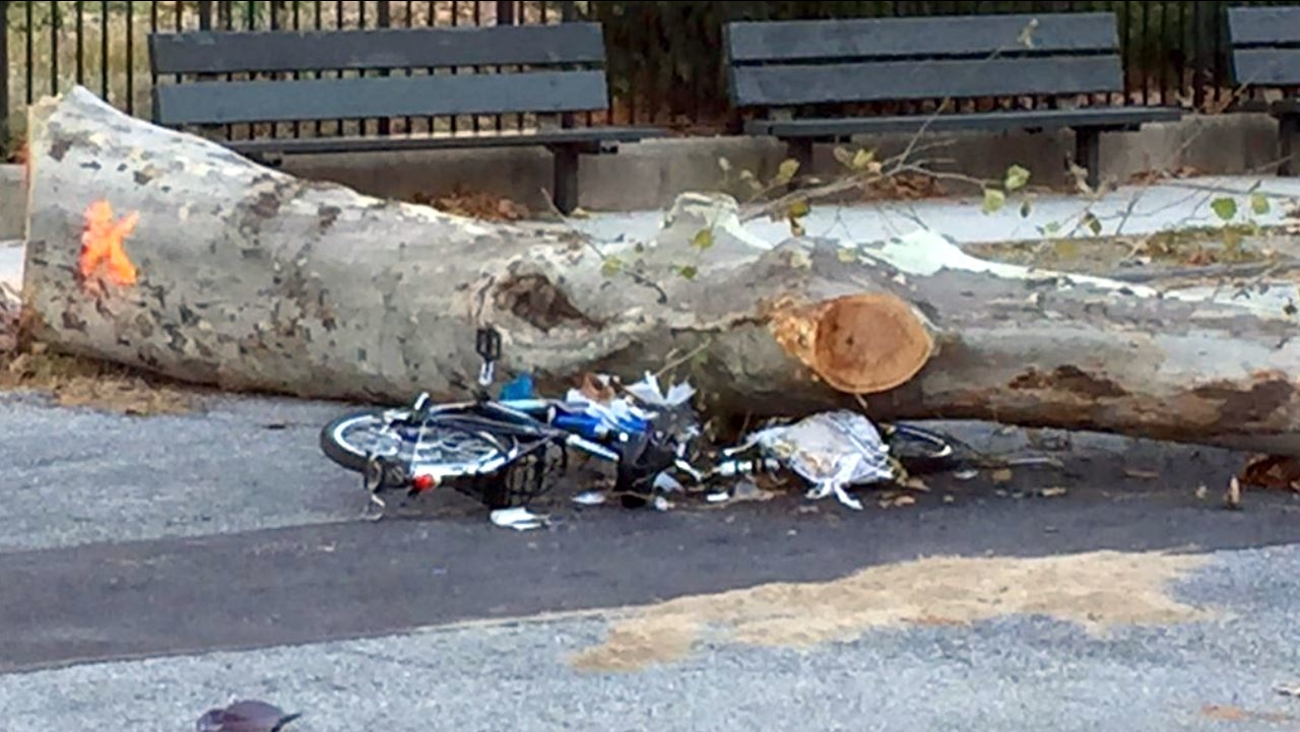 RED HOOK, Brooklyn (WABC) -- The delivery man who was struck by a falling tree in Brooklyn earlier this week has died.

Lui was riding his bike near the intersection of Pioneer Street and Richards Street in Red Hook, when the tree came crashing down on him. He was taken to the hospital in critical condition and died two days later.

He was working at the time, delivering Chinese food takeout to one of his customers.

The parks department confirms an outside contractor was in the process of removing trees, damaged by Superstorm Sandy, when one fell on top of him.

"This tragic death was entirely preventable had basic safety protocols been followed," said Geoffrey Croft, President of NYC Park Advocates. "Both the private contractor and the city were negligent."

The contractor has been suspended while the parks department conducts an investigation.