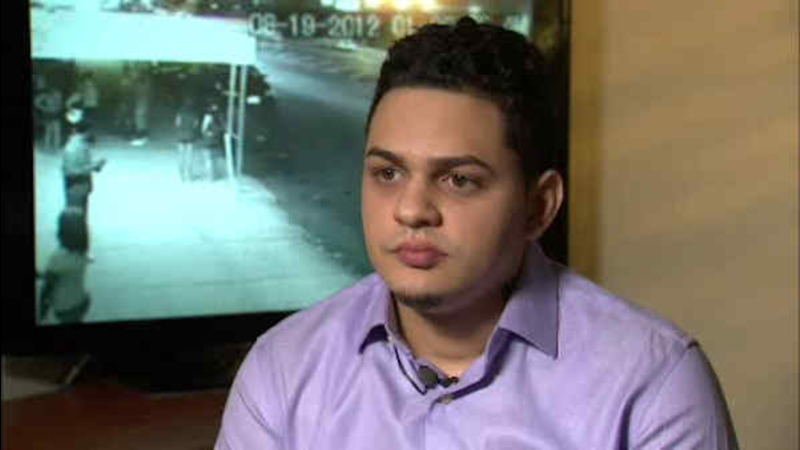 NEW YORK (WABC) -- An accused murderer is still fighting for justice after he was wrongly arrested four years ago for a crime he did not commit.

Now, the detective who arrested him is the focus of an Internal Affairs investigation looking at whether crucial video evidence that exonerated the man had been withheld.

Detective Carlos Faulkner of the 44th Precinct in the Bronx claims he has no memory of Enger Javier, who he wrongly arrested and sent to Rikers Island for two years in a 2012 stabbing death of a Bronx man in a McDonald's parking lot.

Javier never confessed, but days later, he was charged with murder even though Faulkner had video that showed the victim being chased by his attackers. The video shows Javier off to the side drinking a soda and not part of the chase.

It took more than three years for Faulkner and the Bronx district attorney to admit to having that key piece of evidence.

"They should have given my lawyers those videos right away," Javier said. "They waited almost four years to turn those in. Because they knew I was doing nothing in those videos."

Last year, after Eyewitness News aired the video and reported that DNA from the victim's fingernails proved Javier was not the source, the murder charges were dropped. Not long after, the private investigator who played a key role in proving Javier's innocence got a call from the NYPD Internal Affairs.

"He said to me that they're investigating Detective Carlos Faulkner of the NYPD 44th Precinct for misconduct, possible misconduct and police corruption regarding the Enger Javier case," Manny Gomez said.

It was a case that Faulkner says he did not recall when The Investigators confronted him about the Internal Affairs investigation.

"I'd like them to get investigated, arrested, you know?" Javier said. "They shouldn't have a job."

So who, then, are the real killers? They've never been arrested, even though Gomez says he has sworn testimony of six witnesses identifying them, as well as video of one of the alleged killer's answering his knock on an apartment door.

In a statement, the NYPD said it is conducting an internal review of the case, but that Faulkner's status "has not changed" and that the murder case is still active.
Related topics:
new york citymurderinvestigatorsstabbing
Copyright © 2021 WABC-TV. All Rights Reserved.
RELATED 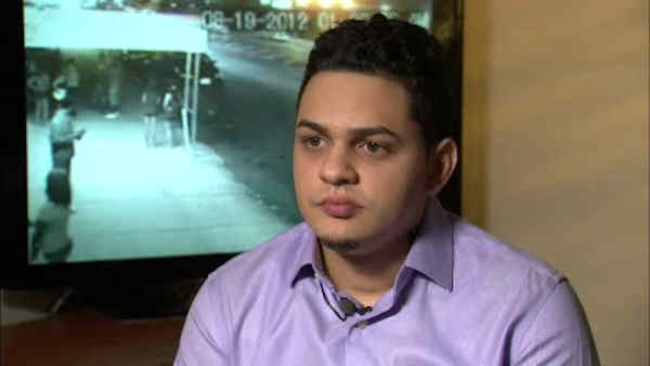