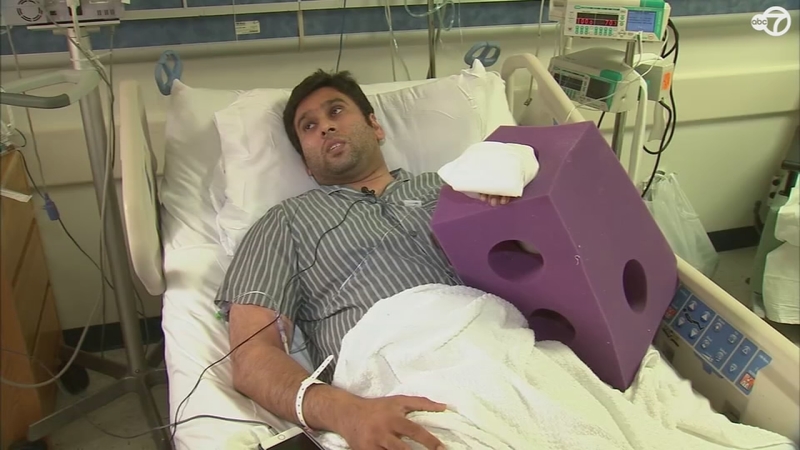 In his own words: chilling details from a doctor who survived shooting rampage at Bronx-Lebanon Hospital

MOUNT EDEN, The Bronx (WABC) -- For the time, we're hearing from Dr. Tariq Hassan. He's one of the victims of last Friday's shooting at Bronx Lebanon Hospital. He gave a bedside interview Thursday with chilling details about his encounter with a gunman.
**Watch is bedside interview in video player above**

The 32-year old gastroenterologist says he was consulting with other doctors and residents when Henry Bello burst into an office on the 16th floor and began firing. After playing dead and hiding in a bathroom, Dr. Hassan tried to go down the stairs to the emergency room. Instead he collapsed on the 12th floor due to blood loss. Colleagues picked him up and carried him directly into an operating room on the third floor. Dr. Hassan faces additional surgery and a long recovery, but is hopeful he will be able to resume practicing medicine.

In all seven people were shot inside Bronx Lebanon Hospital.

The suspected gunman, Dr. Henry Bello used to work as a physician there, but was forced to resign two years ago.

Sade Baderinwa has new details on the conditions of the victims of the Bronx Lebanon Hospital shooting.