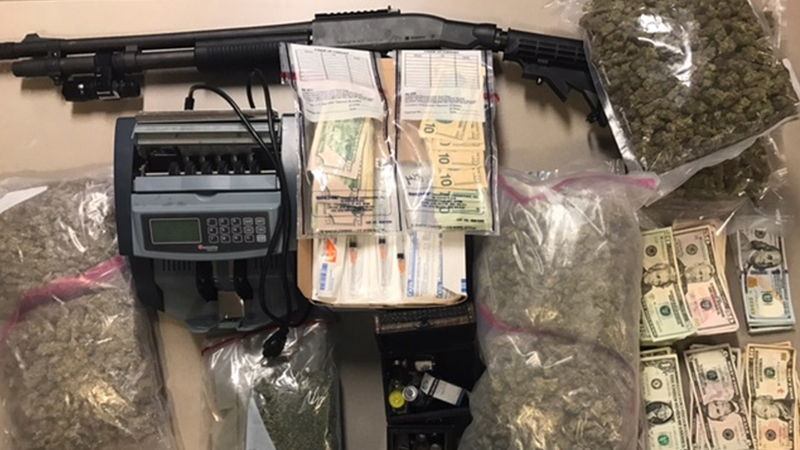 Authorities take down massive drug operation in the Hudson Valley

NEWBURGH, Orange County (WABC) -- A task force of police agencies in the Hudson Valley say they have taken down a massive drug trafficking operation that peddled PCP, marijuana, cocaine, crack, and heroin.

34 people are now under arrest after the nine-month long sting.

Police called it 'Operation Family Ties' because of the number of suspects who are related to one another.

Police say a house on Carson Avenue in Newburgh was known as 'Carson Casino', a base of operation for one of two drug distribution networks that were taken down.
The suspects were arrested in a series of raids Monday in Port Jervis, New Windsor, Newburgh and the Bronx.

These three are also facing charges, but have not yet been arrested:

More than 200 law enforcement agents fanned out in one of the largest series of raids ever in Orange County.

Officials seized over $100,000 in cash, weapons and cocaine, drugs they say were meant to hit the streets.