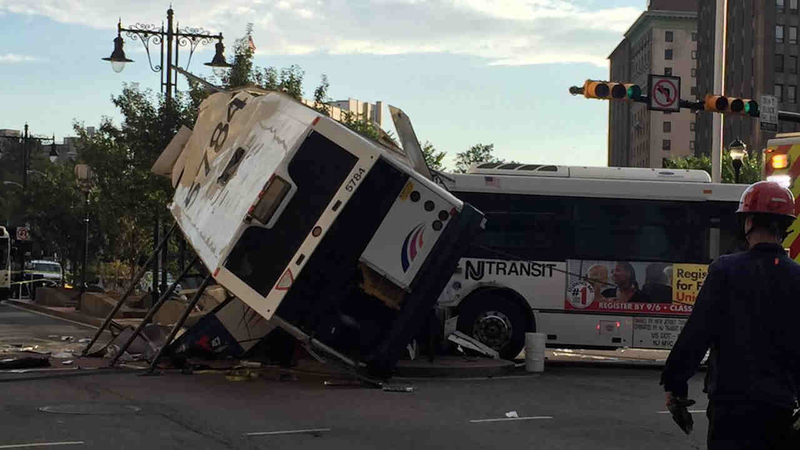 NEWARK, New Jersey -- The driver of a second bus involved in a crash in downtown Newark that killed another driver and a passenger has been released from the hospital. The passenger also has been identified.

Interim New Jersey Transit Executive Director Dennis Martin said James Roberts is a 35-year veteran of the agency. He had neck, back and shoulder injuries.

Roberts was driving a bus carrying several people in downtown Newark early Friday when the vehicle collided with another bus, heading west at the beginning of its route and carrying no passengers.

The driver of the westbound bus, 27-year NJ Transit veteran Joseph Barthelus, was killed along with a female passenger on the other bus. The victim was identified Saturday as Jesy Garcia, 49, of Newark. She was transported to University Hospital after the crash and pronounced dead several hours later.

The wreck happened, likely at high speed, around 6 a.m. Friday at North Broad Street and Raymond Boulevard. One of the vehicles was broken nearly in half.

Baraka said the buses involved were a Route 59 bus and a Route 13 bus, which had 17 passengers and Roberts on board. The Route 59 bus was empty, except for Barthelus.

Baraka said the cause of the accident is under investigation.

The Essex County Prosecutor's Office will investigate the crash.