Drivers on edge after 7 trucks set on fire in Brooklyn 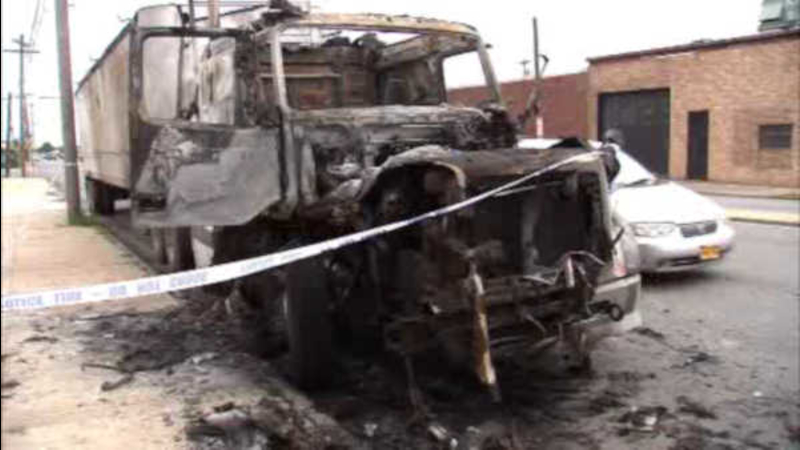 Drivers on edge after trucks set on fire in Brooklyn

Detectives say the trucks parked in East New York were just blocks apart. Five of trucks were owned by TTS Trucking Company, based out of New Jersey.

"Nobody is safe. Parking on the street, nobody is safe. You're concerned about your own truck, yeah, right now I have three trucks and I cannot sleep," says Carlos Parrales.

Truck Owner-Operators in the area say the fires are an ongoing problem and at least twenty trucks have been destroyed in recent months.

"Mine was the first that got burned. Two weeks without a paycheck - I don't know how long they will be waiting. Weeks, months?" says driver Nazim Khan.

No injuries were reported in the fires, but drivers are growing increasingly concerned.

"It's scary, you don't want to work, you could be sleeping in one of those trucks. It's a sleeper - you sleep in there, you get loaded, and you go out," added Khan.

The truck drivers want answers, and are hopeful that investigators will get to the bottom of this before another truck goes up in flames.
Related topics:
east new yorknew york cityfiretruck firetrucks
Copyright © 2021 WABC-TV. All Rights Reserved.
More Videos
From CNN Newsource affiliates
TOP STORIES