"Basically, the numbers are run by the New Jersey or New York lotteries, the mid-day and the night number, and they usually call, make payments on the numbers," says Irvington Police Detective Mitchell Molina.

Known as operation 'March Madness,' nearly 75 officers across several state and local jurisdictions along with Homeland Security raided 15 businesses throughout Irvington, Newark, Elizabeth and Roselle. Investigators say the illegal lotteries used the same winning numbers as the New York and New Jersey lotteries, but paid bigger odds, and they estimate these businesses were pulling in as much as $30,000 per week. 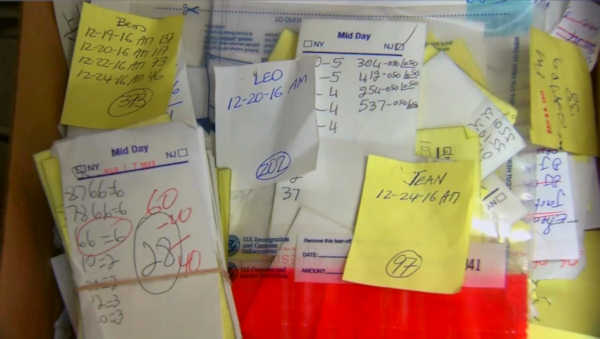 Investigators say Juan Carlos Martinez and Idelkis Martinez were the ring leaders of the operation, which they say has a money trail leading all the way to the Dominican Republic. More than $100,000 was confiscated during Friday's raids, along with lottery receipts, phones and computers.