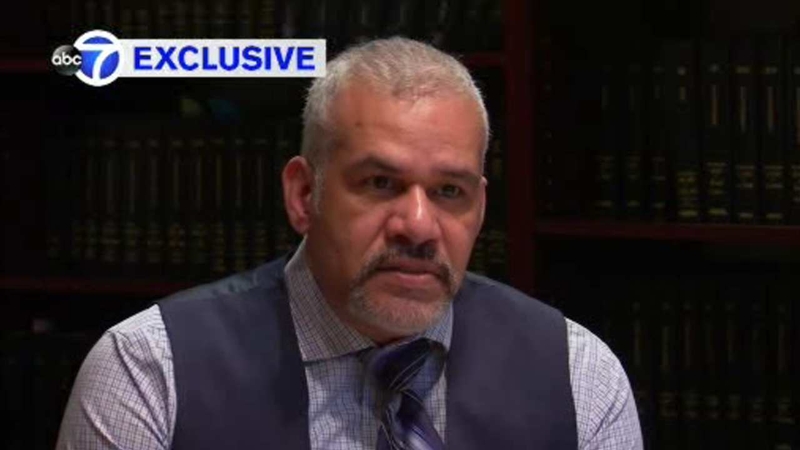 NEW YORK (WABC) -- In an Eyewitness News exclusive, a technology worker at The American Museum of Natural History claims he was a target of discrimination and harassment.

The reason: he says he is gay and also HIV positive.

"I can't do this anymore to myself. I can't subject myself to this on a daily basis," said Bryan Torres, the plaintiff.

51-year-old Torres was describing his job at one of New York City's premiere institutions, The American Museum of Natural History.

It's a place of learning, where families and tourists come to see that which is prehistoric.

Except behind the closed doors in this building's basement IT office, Torres alleges the only thing that seems outdated was the attitude from his boss.

"He had gone to HR, and demanded that they disclose my medical information to him," Torres said. "They had refused. He began to slam things, like slamming the door to his office. The interaction became very hostile."

Torres had worked at the museum for nearly 10 years and was HIV positive since 2009, but he never had to formally disclose it until a medical episode at his home last year forced him to miss work.

Now in a federal lawsuit filed against the museum and his boss, Torres and his attorney allege "a campaign of harassment and discrimination," that began after his disclosure. His boss even calling Torres "a danger."

They also allege the museum did no investigation for the past year after Torres filed an official complaint with Human Resources.

After repeated requests for an interview, a spokesperson at the museum said they cannot comment on pending litigation.

Meanwhile, Torres is currently on unpaid leave and hopes this lawsuit can alleviate some of his financial and emotional stress. He insists the stress is causing his physical condition to worsen.
Related topics:
new york citydiscriminationharassmentlawsuitmuseum of natural history
Copyright © 2021 WABC-TV. All Rights Reserved.
More Videos
From CNN Newsource affiliates
TOP STORIES