WABC
By Kemberly Richardson
YONKERS, New York (WABC) -- Two people trapped in a burning home in Yonkers were pulled to safety on Sunday, and it appears an electric bike battery may have sparked the fire.

Shattered glass covers part of the driveway at 27 Bruce Avenue in Yonkers. The home's small, narrow windows were the only way out of the home where two men, brothers in their twenties were living in a basement apartment.

Just before 11 a.m. Sunday, a fire broke out in the unit - officials believe the lithium battery pack in an electric bike was the source of the blaze. 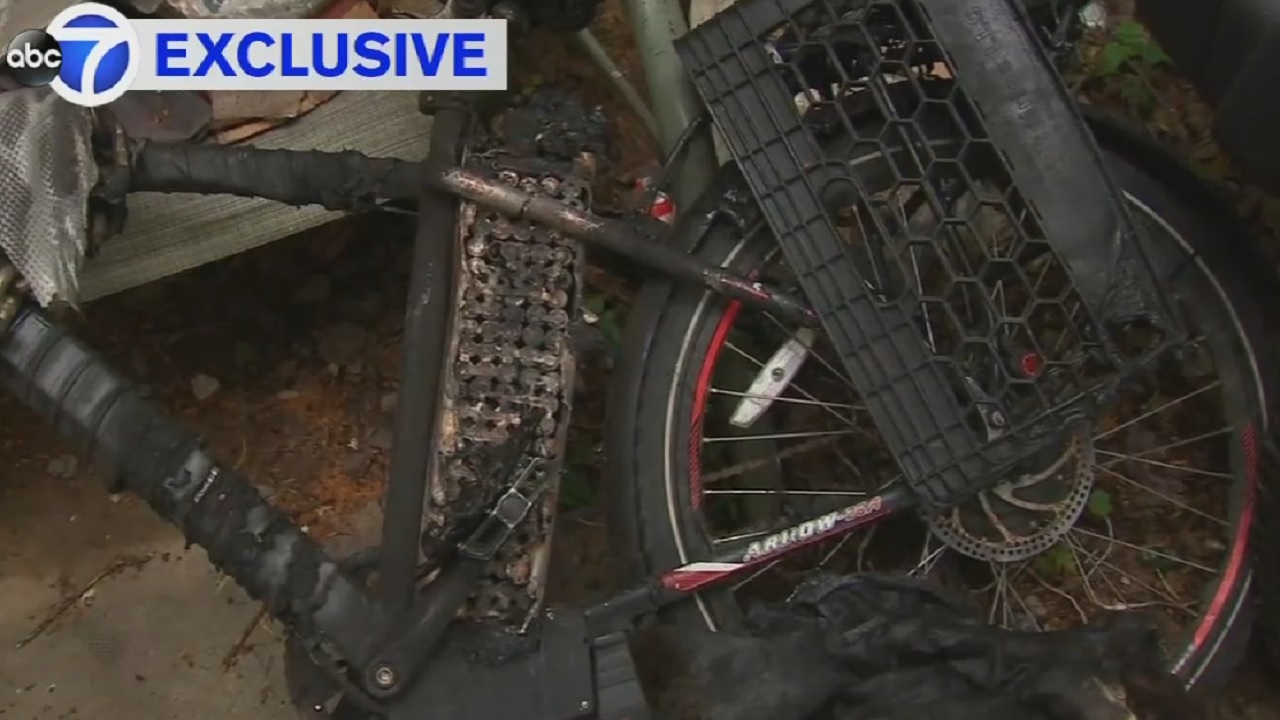 Yonkers Fire Department Assistant Chief Edward Cucolo has been with the department for 30 years, and exclusively tells Eyewitness News that he has never seen anything like this.

"Maybe you should keep these battery packs outside the house, something. It was quite a large battery. It overheated, and caught fire," Cucolo says.

Experts say fires involving electric bikes are rare, but not surprising, pointing the recent uptick in similar incidents with hoverboards and cell phones.

"The Consumer Product Safety Commission, which is theoretically our federal agency which is supposed to oversee all of this, doesn't do such a good job in this area," says fire expert Glenn Corbett.

Corbett tells Eyewitness News that when it comes to electric bikes and the battery packs, there is little, if any independent testing of the devices before they hit the market.

"A lot of heat is generated there, and a lot of times the associated equipment with the better is the thing that fails here," Corbett says.

Officials say it appears the bikes were charging at the time, but that is still under investigation.
Related topics:
yonkersfireelectric vehicles
Copyright © 2020 WABC-TV. All Rights Reserved.
More Videos
From CNN Newsource affiliates
TOP STORIES