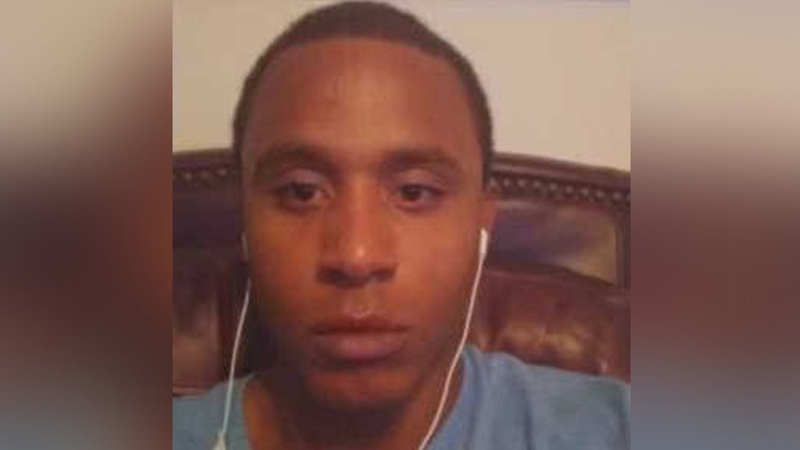 BROWNSVILLE, Brooklyn (WABC) -- A family is questioning the actions of two NYPD officers after a man was shot and killed in Brooklyn.

Police say the man struggled with police inside the Van Dyke houses in Brownsville, prompting them to open fire.

Victoria Brito says the pain she is feeling today is from the piece of her that is now dead. The Brooklyn woman's son, 21-year-old Erickson Gomez Brito was shot and killed by police on Saturday afternoon.

Erickson's family says he was a quiet guy who never got into trouble.
"He has a family. He's not somebody that's been in gangs and all that stuff. They're not just gonna kill somebody and think they're going to get away with it," said Erickson's sister, Omahis Brito.

Kristin Thorne has the latest on Saturday's fatal police shooting in Brooklyn.

Police, however are painting a much different picture. They say it was just after 1 p.m. Saturday when two police officers were responding to a 911 call of a suspicious man in the hallway of a housing development on Sutter and Mother Gaston.

The two officers, a male and a female encountered a man in the hallway of the ninth floor. Police say they then asked the man for ID.

"Next thing you know a scuffle encountered, and the officers are in a scuffle with this man, and at one point an officer removes his metal baton, and the subject gets a hold of this metal baton and begins assaulting these two officers," said New York Housing Police Chief James Secreto.

"There could have been another way they could have handled that, why did they have to shoot him seven times," said Omahis Brito. "Even if he was on medication, wasn't there a way to deal with that?".

Family members say he was on medication two years ago, but not currently.

The male officer suffered a two-inch gash in his head, and the female officer sustained contusions. Both officers then shot Erickson several times.

"It could have been another way - they could have handled that, why they had to shoot him seven times? And even if he was on medication, isn't there a way to deal with that? They kill people every day," said Omahis.