WABC
By Jim Dolan
SANDY HOOK, N.J. (WABC) -- The family of a fisherman whose boat is sitting on the bottom of the Sandy Hook Channel says he might still be alive, even days after he disappeared.

Barbara Andresen's 4-year-old grandson asked her to please bring his grandpa home, but she won't be able to do it.

Barbara Andresen knows that the odds are long, but she still believes.

Divers searched the water for the boat as debris from it floated in the channel; everyone assumed Andresen was on board, though his body has still not been found.

And now, divers can't get close enough to the boat to see if it's there.

"They call it the rips for a reason, I mean the current rips through there and it's a dangerous spot, plus there's a lot of debris down there, whatever netting was hanging off the boat, the ropes, and chains, and you know it's dangerous," said Corey Andresen, the missing man's son.

The Coast Guard told the family that they would have to hire someone to bring the boat up, but they have no insurance and little money.

"We called private companies and they said it would be $80,000-90,000 for us to bring my husband up who is on the bottom of the ocean, and we don't even know if he's alive or not," Barbara said.

Corey normally worked with his dad, but was off that day. He just wants to know what happened.

"Just find out if he's in there," Corey said.

"Time is running out, he's down there, if he's alive, time is going to run out for him," Barbara said. 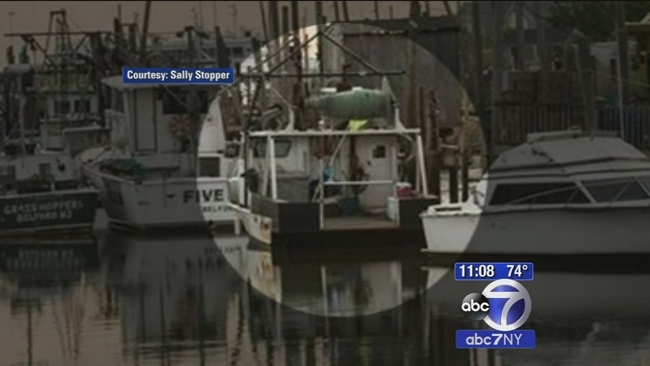