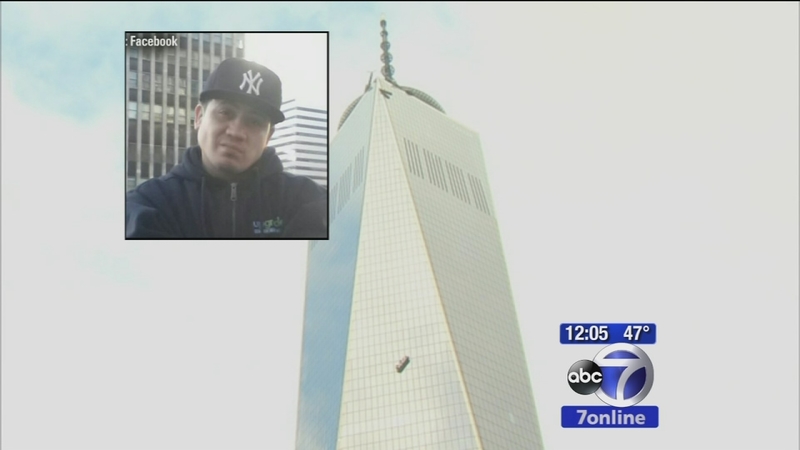 Girlfriend of rescued window washer: 'It was a relief. It was awesome.'

NEW YORK (WABC) -- The FDNY cut through a window on the 68th floor of One World Trade to rescue two workers trapped on a scaffold dangling from the building Wednesday afternoon.

The window washers were stuck after a cable on the motorized scaffold developed slack on one side as it was being raised back to the roof just before 1 p.m. Contrary to earlier reports, officials say the cable did NOT snap.


Emergency workers secured the scaffolding, which was hanging at a roughly 65-degree angle at approximately the 68th floor.

Rescue workers had to break and remove three layers of glass to reach the workers, because the windows do not open. Crews were also lowering a second scaffold from the roof, but it was raised back up after it became clear that the window could be breached. A third option would have involved a firefighter rappelling down the side of the building.

The workers were identified as 33-year-old Juan Lopez, of the Bronx, and 41-year-old Juan Lizama, of New Jersey. Both are employees of Upgrade Service Window Washing.

"I spoke to both of them when they came in," Upgrade Services president John McDermott said. "They were in good spirits, they were calm, they are professional window cleaners."

The workers were said to be in good condition and were taken to Bellevue Hospital, where they were evaluated and released. Eyewitness News meteorologist Lee Goldberg said the weather conditions where the workers were stuck were tolerable, but both suffered mild hypothermia due to the wind and cold at that elevation. 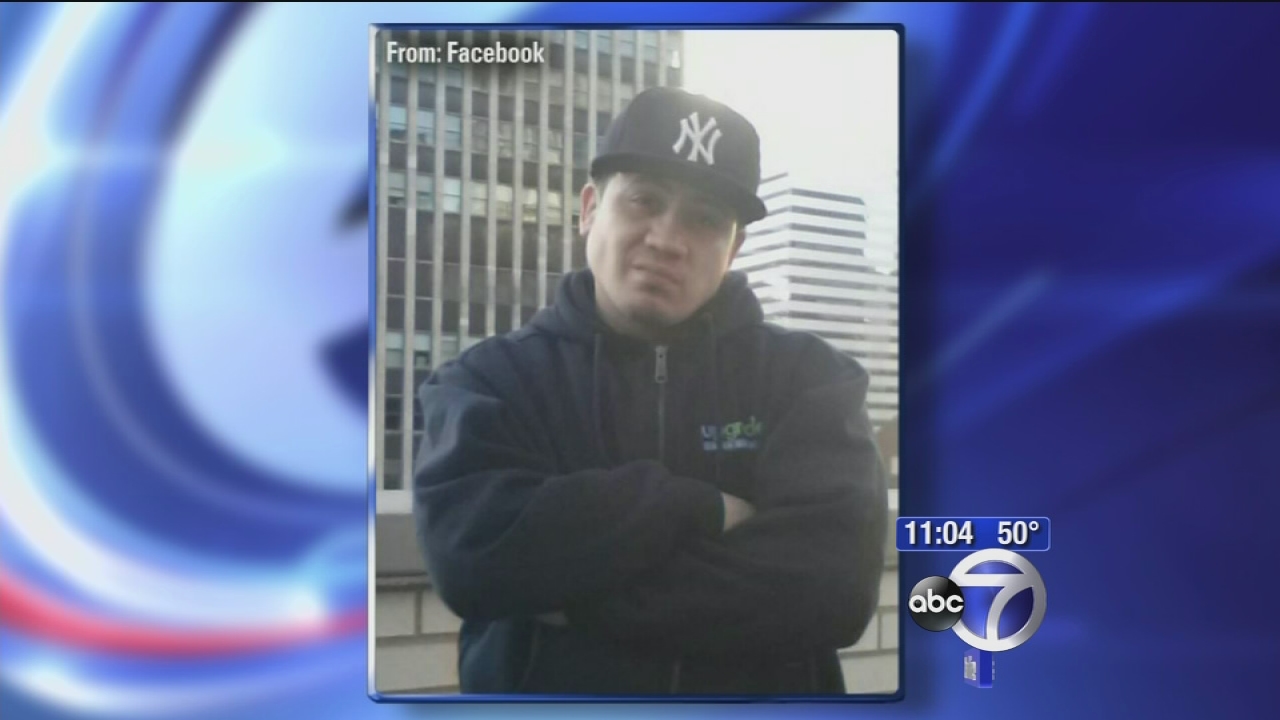 "Do me a favor when you see him, tell him the mayor stopped by to shake his hand and I wanted to say "Hi," alright," Mayor Felix Roque of West New York said.

Juan Lizama's son Kevin sat on the stoop of his West New York home, telling the mayor he wasn't sure when his dad was coming home from the hospital.

Many of their neighbors and friends watch the dramatic rescue of two window washers play out on live TV.

"It's not easy almost seeing your father die and here he is, God is great," Roque said.

German Herrera said thank God his buddy from El Salvador and his partner Juan Lopez weren't hurt, but boy what a scare!

Juan Lopez's girlfriend was overjoyed in the Bronx.

The president of Upgrade Services believes it was equipment failure and praised the workers for being prepared.

"It was equipment failure," McDermott said. "Thank God that the men are trained properly, they took all safety precautions and they had all of their safety equipment in place, which meant that they were secured to the scaffold the entire time.

"They do have a dangerous job. It's fortunate that this did not turn into a real tragedy here, but I also think that because they are union members, because they work for a union company, they get the proper safety training. They have the proper safety equipment, follow the safety protocols and I think that's a big reason why they are alive today," said Shirley Aldebol, union representative.


People on the ground were moved back in case glass began flying, and the 9/11 Memorial was evacuated and closed as a precaution. Footage showed ropes being dropped to the scaffolding, as well.

Mayor Bill de Blasio spoke after the rescue, praising the FDNY, Port Authority and other first responders for their efforts.

"This is the case where our first responders were working in tandem to have not one escape route, but two, to make sure these individuals would be safe," he said. "Thank God plan A, which was the fire department approach to get them through the window, has succeeded, and both of (the workers) are safe. I want to give a lot of credit here to our first responders, FDNY, NYPD, OEM, Port Authority Police, everyone worked in tandem, great coordination, great care was taken to create a space to make sure that if, God forbid, the carriage had fallen, the people below would not have been harmed."


McDermott issued the following statement after the rescue:

"We at Upgrade Services would like to first thank the emergency responders of the NYPD and FDNY for their swift response and professional rescue of our stranded employees Juan Lizama and Juan Lopez. Our dedication to safety and rigorous training paid off today as the men had all of their safety equipment in place and were continuously secured to the rig along with all of their tools and buckets. Our men remained calm and awaited rescue in an extremely tense and precarious situation. Although all safety measures were exercised as on every day that our men work this type of equipment, the cause of the incident appears to be equipment failure of the of the traction hoist brake mechanism that supports one side of the rig... This caused the scaffold to drift into an almost vertical position, leaving our men stranded until a rescue could be performed. The world of high rise window cleaning is a fraternity, and we all are relieved that both of our brothers were rescued safely today. We are thankful also for the prayers and well wishes of all who expressed their concern."

Work was still taking place to remove the scaffold. No debris fell down during the operation, though there was a collapse area set up below. The area will remain cordoned off while the scaffold is removed and the window is fixed.

Officials say the Port Authority and other agencies held a drill 10 days ago to deal with such an incident.