FDNY trains to battle fires in apartments with hoarding problems

WABC
By Shirleen Allicot
NEW YORK (WABC) -- FDNY firefighters train to battle not only dangerous fires, but hoarding conditions as well, which Eyewitness News is told is becoming a growing problem in the city.

"One six with a command, command come in, chief we have a medium clutter condition," a firefighter said over the radio.

A medium clutter condition is one of three levels a firefighter may encounter at a scene.

In each case, the struggle is to get through piles and piles of debris.

A training exercise at Randall's Island is a bird's eye view of what happens when a firefighter encounters hoarding, which apparently is quite frequent.

"It seems to be more of the norm that we're finding apartments that are completely cluttered," said Chief Frank Rosciano, FDNY.

"If we can't get that water on the fire expeditiously the fire will expand, and when I say expand, I'm not just talking one apartment, I'm talking the building," Chief Rosciano said.

It is a potential life or death situation.

On Monday, an elderly woman died when fire tore through her cluttered apartment in Great Kills, Staten Island.

And in February, a dramatic scene unfolded and left behind a huge pile of debris, the aftermath of an Upper West Side fire. 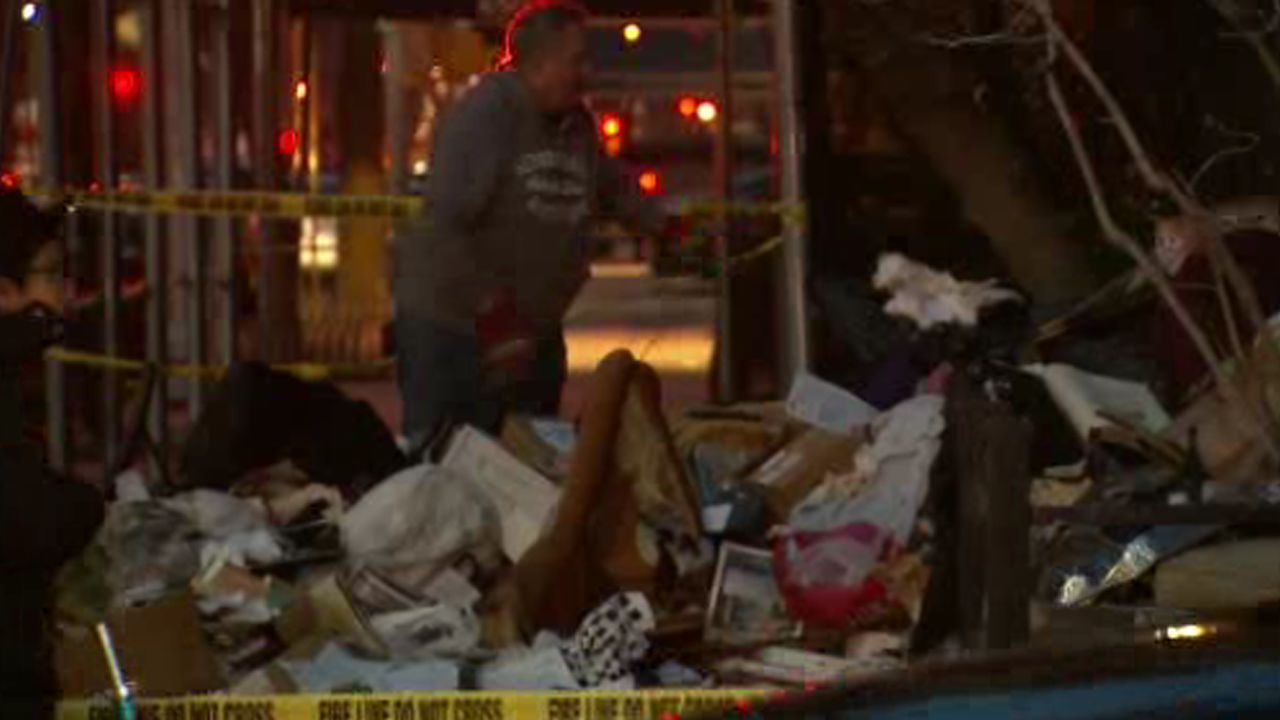 All of those items helped fuel the flames. Amazingly, no one was hurt.

"One of my concerns is after I get past some clutter, will it cave in behind me and now my exit if the fire gets out of control will be blocked," said Lt. Ron Kraemer, Jr., FDNY.

It's a frightening reality for these first responders.

Hoarding is a mental health issue and in most cases cannot easily be stopped.

If you know someone who is hoarding try to help them out, encourage them to take that clutter and get it out, because it will delay fire operations and cause more danger to everyone.
Related topics:
new york cityfdnyfireapartment firehoarding
Copyright © 2020 WABC-TV. All Rights Reserved.
More Videos
From CNN Newsource affiliates
TOP STORIES