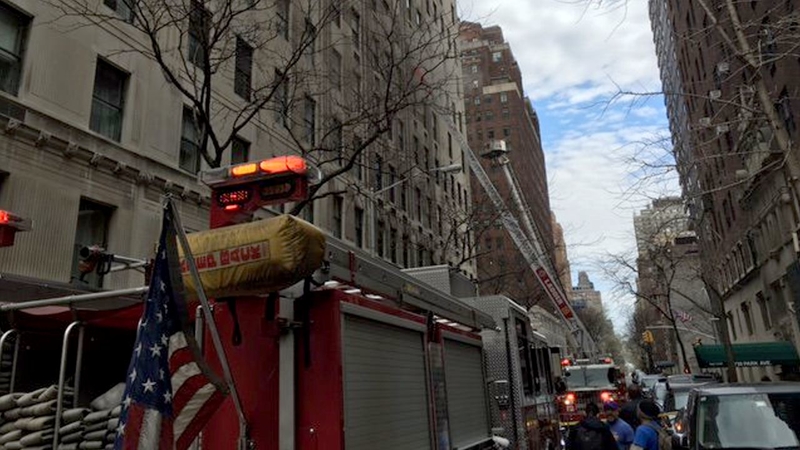 Fire breaks out at luxury Upper East Side building

UPPER EAST SIDE, Manhattan (WABC) -- A two-alarm fire broke out at a luxurious apartment building on the Upper East Side known to be home to many of New York City's most powerful people on Wednesday..

Heavy smoke filled the sixth floor stairwell. Firefighters stretched one line from the stairwell. It's a 19-story building with 33 apartments.

The fire was knocked down by the evening, but there's still a smoke condition in the building.

The building, known as one of the city's "Tower of Power," is filled with wealthy and important residents, including businessmen David Koch, Ron Perelman, Ron Lauder and designer Vera Wang. It is the former residence of John D. Rockefeller and the childhood home of Jacqueline Kennedy Onassis.