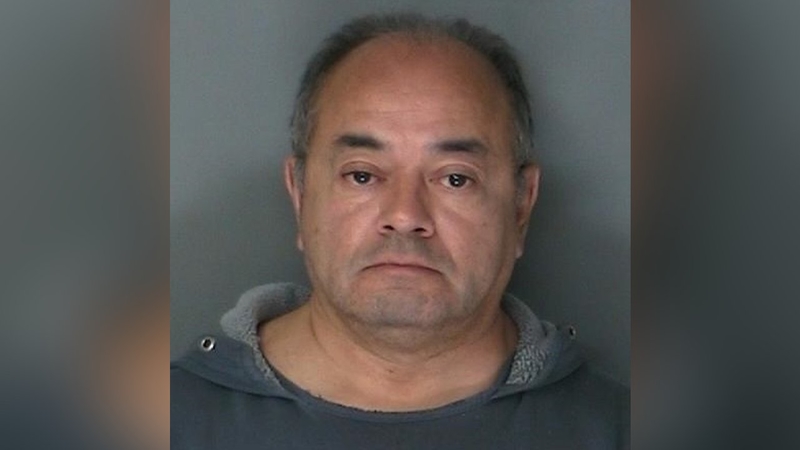 RIDGE, Long Island (WABC) -- A foster parent on Long Island is charged with sexually abusing some of the many boys who lived with him.

Cesar Gonzalez-Mugaburu is accused of victimizing children as young as 8 years old.

"So sick, terrible," a neighbor said.

Those who live closest to the house in the small community of Ridge heard the news about their neighbor Cesar Gonzales-Mugaburu and all they could do is cringe.

The 59-year-old, who took in as many as 140 foster boys over the past 20 plus years, was indicted Friday for sexually abusing them.

The boys had emotional disabilities and Mugaburu made $18,000 per month for taking in 6-8 boys at a time.

This indictment is for seven different boys between ages 8 and 20.

"We would believe as I think most people would, that there are probably more victims out there," said Gerard Giganti, Suffolk County Chief of Detectives.

Authorities painted a horrific picture inside the home. There were rules that the boys could have no girlfriends, no extracurricular activities, and no access to phones. They were fed but two meals per day and told to eat them while sitting on the floor.

16 of the 17 counts in the indictment are regarding the foster boys, but the last count alleges Mugaburu also had sex with his dog.

Gerry Barber lives right next door and always had suspicions when these blinds were closed, but could never prove anything.

Police confirm accusations there dating back to 1998, but nothing against Mugaburu ever substantiated until January of this year.

Ever since, it was a non-profit group, St. Christopher Otillie in Brentwood, filtering the boys in through the New York City Administration for Children's Services.

But for now, the community is in disbelief.

"It's just disgusting. You know they're foster kids, you take them in to try to help them and you do the absolute worst thing you could do besides kill them. I mean it's disgusting," said Pat Cawley, the suspect's neighbor.

He's currently in the Suffolk County jail being held on $35,000 bond.

NYC ACS released a statement saying: "As soon as we learned of the allegation of abuse in this case, ACS immediately closed the home of this foster parent and removed the children from his care. ACS' mission is to ensure that all young people who come into our care live in a safe and supportive environment."

If you have any information on this case or would like to report an incident, you are asked to call 631-852-6175.
Related topics:
ridgesex abuse against childrenfoster kidssex abusechild endangerment
Copyright © 2021 WABC-TV. All Rights Reserved.
More Videos
From CNN Newsource affiliates
TOP STORIES