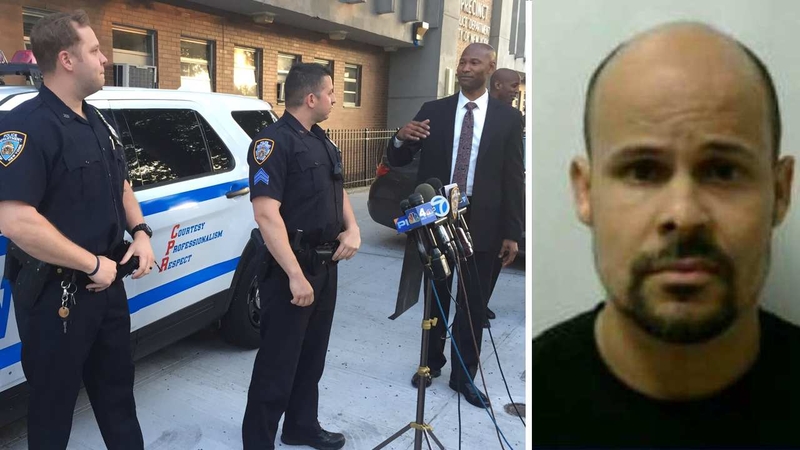 BROWNSVILLE, Brooklyn (WABC) -- A man from New York City on the run after escaping a prison in Ohio has been captured.

40-year-old Staling Santos-Reyes is a fugitive from Ohio, arrested by the NYPD in Brownsville Wednesday, after escaping from county jail in Champaign, Ohio five weeks ago.

You'll never guess how the NYPD caught up to him.

"Not using a real name when applying for a job normally would raise some level of suspicion," said Sgt. Tim Cecchini, NYPD.

Sgt. Cecchini and his partner Officer Christopher Walters say it all started with a tip from a local shop owner.

Police say he told them a suspicious man had been coming around for the past month asking for a job.

The shop owner says he had also made general threats that made him nervous.

"He said he got into some trouble out west," Cecchini said.

Eventually the owner Googled "Most Wanted Fugitives" and sure enough, the mugshot popped up.

When Santos-Reyes showed up at the shop again, the owner tipped off cops.

The problem though, is that the shop is near a train station, bus stops and a high school.

There are too many potential innocent bystanders.

Santos-Reyes was in jail to begin with because he had been arrested with $600,000 worth of heroin on him...and he likely did not want to go back to prison.

So, six officers followed him for several blocks until was safe.

They set up a perimeter and boxed him in.

Police say the other reason they couldn't arrest Santos-Reyes at the shop is because they didn't want the suspect to know the tip came from the owner, for his safety.

Santos-Reyes is originally from the Bronx.