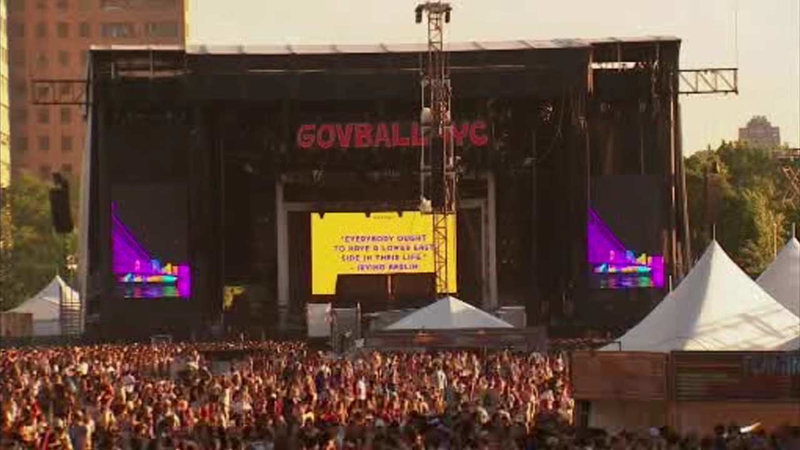 There is heightened security in place for the Governors Ball at Randall's Island Park this weekend.

The music festival began on Friday and continues through Sunday. As many as 45,000 people a day flow to the beat at the festival.

While the artists rock out under the spotlight, there is a whole carefully choreographed routing playing out behind the scenes.

There is stepped up security this year, and while some you can see, some you don't.

There are layers of checkpoints at the entrance with NYPD counter-terrorism units and K-9s.

Plus, there are 500 private security guards hired by the festival.

Among the items patrons are not allowed to bring into the festival are weapons of any kind, explosives, illegal substances, large backpacks, coolers, outside food, and selfie sticks.

Organizers say they are painfully aware of what's happening across the globe these days.

"The most important thing is being aware of your surroundings and communication," said Tom Russell, the Governors Ball. "Not just with the people you're showing up with, but also with the festival and the places that you're going."

Fans are urged to download the festival's app, which serves as an emergency communication system.

Meantime, German authorities shut down and cleared thousands of fans from a popular rock music festival Friday night after receiving a "concrete" terrorist threat.
Rhineland-Palatinate government spokesman Joachim Winkler told the dpa news agency that there were tips of a possible terrorist attack and that the Rock am Ring festival was shut down on its opening night as a precaution.

The German band Rammstein was the Friday night headliner, but hadn't yet started playing.

Organizer Marek Lieberberg told journalists at the scene that he hoped the annual three-day festival would be able to resume Saturday as planned, but that it was not yet clear.