How Trump Could Reshape the Israeli-Palestinian Conflict 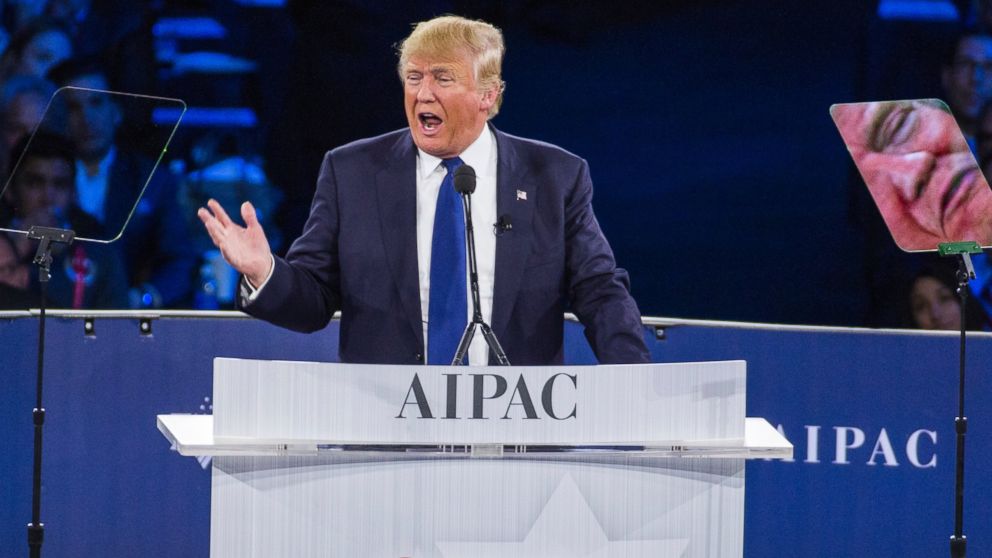 As Melania Trump said of her husband in her second and final campaign speech: "He certainly knows how to shake things up, doesn't he?"

President-elect Donald Trump's potential to "shake things up" on a global scale is endless. And if he sticks to his campaign rhetoric (and that's a big if) nowhere could that be more true than in the Israeli-Palestinian conflict.

In one of his first campaign speeches that relied on the use of a teleprompter, candidate Donald Trump described himself to gathering of Israel's largest lobbying group, the American Israel Public Affairs Committee (AIPAC), as a "lifelong supporter and true friend of Israel."

He derided President Obama's nuclear deal with Iran, saying it made Israel less safe, and promised a Trump administration would dismantle that deal and protect Israel from Iranian aggression.

Trump said he would veto any resolution aimed at an agreement between Israel and Palestine proposed by the United Nations Security Council and said the entire U.N. is "not a friend of democracy" and "surely is not a friend to Israel." He also described President Obama as possibly the "worst thing to ever happen to Israel."

So, we know what's bad in his mind. So what's good, and how might he "shake things up"?

For starters, he said he would move the United States embassy in Tel Aviv to Jerusalem, which he called "the eternal capital of the Jewish people." But U.S. administrations from both parties have recognized Jerusalem as a disputed area with the Palestinians, and have said that the status of Jerusalem should be resolved in negotiations between the two. In turn, most foreign nations keep their embassies in nearby Tel Aviv.

As for any agreement on a two-state solution, a top adviser to Trump said today that the president-elect doesn't think Israeli settlements (new construction on occupied territory) will impede the peace process.

In an interview with Israel's Army Radio, Jason's Greenblatt, co-chairman of the Trump campaign's Israel Advisory Committee, said: "It is certainly not Mr. Trump's view that settlement activities should be condemned and that it is an obstacle for peace, because it is not an obstacle for peace."

Those remarks stand in stark contrast to the long-standing U.S. policy that Israeli development on land captured in the 1967 war makes a peace agreement with the Palestinians far less achievable. He has been tapped as a chief Israel adviser to Trump.

Just last month the Obama administration said it "strongly condemned" new Israeli plans to build a new Jewish settlement in the West Bank and that such action undermine the ability to achieve a two-state solution.

State Department spokesman Mark Toner said at the time that it was "deeply troubling" that Israel would make this decision just after it had reached an agreement with Washington on the largest military aid package to Israel in history, a $38 billion 10-year deal.

Ultimately, it's unknown whether Trump's campaign rhetoric will shift to actual policy. Even candidate Obama told AIPAC in 2008 that Jerusalem should be the undivided capital of Israel. But in September, his office was forced to make an embarrassing correction to a public transcript that mistakenly identified Jerusalem as part of Israel.
Related topics:
abc newsnational
Copyright © 2022 ABC News Internet Ventures.
TOP STORIES
Meat Loaf, 'Bat Out of Hell' rock superstar, dies at 74
Burglary suspect who fired at police in Bronx was out on bond
CDC says omicron in NYC wastewater before reported in South Africa
Watch NatGeo documentary 'The First Wave' free for 48 hours
7 On Your Side: Tips for ordering your at-home COVID tests safely
AccuWeather: Frigid Friday
FRIGG silicone pacifier recalled due to choking hazard
Show More
Many COVID-19 vaccine side effects caused by placebo effect: Study
Bronx DA dismissing 133 convictions after former detective charged
Livery driver stabbed and carjacked in Bronx
US, Russia far apart on Ukraine crisis as top diplomats meet
COVID Updates: 2 companies accused of COVID testing fraud
More TOP STORIES News