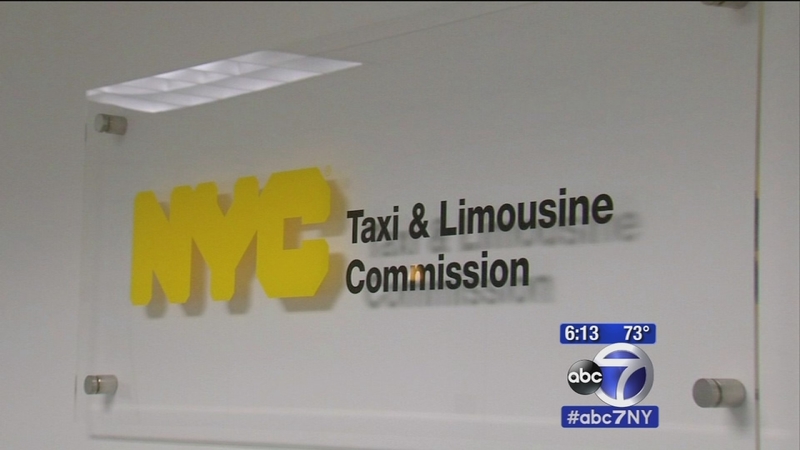 NEW YORK (WABC) -- A previous Eyewitness News Investigators exclusive revealed that millions of dollars are owed in back taxes by a taxi company owner who is worth a fortune. We confronted him over why he hasn't paid, and asked why the state and the Taxi and Limousine Commission have both declined to go after him for it.

It's the TLC that is mandated to suspend taxi medallions when the owner owes taxes, and no one owes more than Gene Freidman, to the tune of $6 million. So The Investigators' Jim Hoffer went straight to the head of the TLC, Meera Joshi, to see what, if any, action has been taken.

Hoffer: "Has any of his medallions not been renewed?"
Joshi: "I don't know off-hand, year over year, what the compliance rates are. Those are questions that are better posed to the Department of Finance for the state of New York. But for the last round of directives that we did, which we did, I don't know off-hand how long ago they were, anybody who was delinquent at that point got a directive."

She never answered the question whether any of Freidman's 900 medallions have been suspended for years of tax delinquency. But the TLC has been quick to bring down the enforcement hammer on one retired couple for failure to pay taxes on the one medallion they own.

The Vulikshers been ordered before the Taxi Limousine Tribunal for owing $23,000 in back taxes. Those taxes went unpaid when the couple leased their medallion to, you guessed it, Gene Freidman, who collected those taxes from every passenger.
Hoffer: "Was Mr. Freidman paying the 50-cent per ride state tax?"
Michael Vuliksher: "No."
Hoffer: "How long?"
Vuliksher: "Five years."

But because the Medallion is owned by the couple, they are responsible for the taxes that Freidman didn't pay.

"He thinks he can get away with almost anything," Bella Vuliksher said. "So now, while we are grieving for our problem, he's laughing at us."

Tax warrants make it clear Freidman owes millions as part of a delinquency dating back two years, but despite repeated inquiries, the TLC has refused to provide any proof they've suspended or revoked a single medallion. And Joshi assures there has been no special treatment for Freidman.

The Vulikshers see a quick to crackdown on the little guy, but believe the TLC is fearful of picking a fight with the most powerful taxi medallion owner in the city.

"How can they operate if he owes so much money?" Bella Vuliksher said. "TLC has to issue suspension of his medallions...If my medallion for $23,000 has to be suspended, why his medallion not suspended?"

Eyewitness News recently received documents in response to a Freedom of Information Request.

They show that a settlement has been reached between the TLC and Mr. Freidman.

The settlement requires the Taxi Tycoon to pay a $98,000 fine for ignoring more than 1,300 TLC summonses for unpaid taxes.

The agreement also gives him until the end of the year to settle his $6 million tax debt with the state.

If he fails to pay the fine or pay his taxes, the TLC can shut down Freidman's taxi operations.