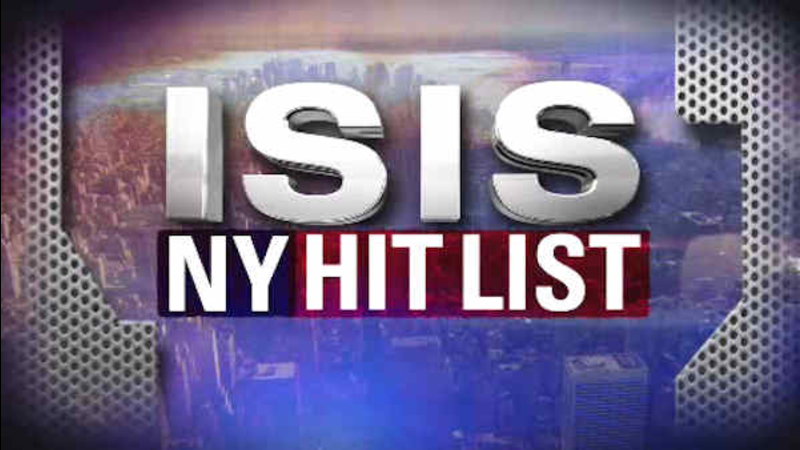 NEW YORK (WABC) -- The FBI is notifying unsuspecting targets after the release of an ISIS hit list that includes thousands of New Yorkers.

The list targets government employees with the State Department and Homeland Security, but there are also many average residents on the list who are now being informed that terror group has its eye on them.

Experts speculate it could be just another scare campaign and that there are no immediate threats, but still, the names and even some personal information was posted online in the last several days by an ISIS-related hacking group called the Caliphate Cyber United, also known as the Caliphate Cyber Army.

It reportedly listed as many as 3,600 names, intelligence experts believe, that may have been chosen at random from lists that might be several years old.

ISIS has published online hit lists before, but with far fewer names as the current list. Last year, military personnel were supposedly targeted.

Of the New Yorkers on the list, none are particularly well-known. They also live in areas that vary in affluency, which is what leads law enforcement to believe it is a random fear-mongering project.

The FBI said in a statement that, "The FBI routinely notifies individuals and organizations of information collected during the course of an investigation that may be perceived as potentially threatening in nature."

If a terrorist group's goal is to instill terror, then experts say it behooves all of us to do the opposite. And if you are wondering if you are on the list, be advised that the FBI would contact you in such an event.