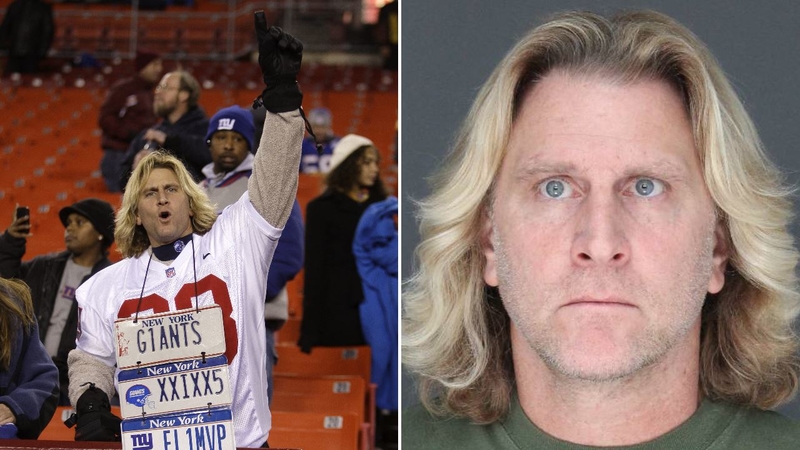 Joseph Ruback, 46, of New City, was arrested by organized crime detectives, and arraigned in Clarkstown.

Ruback, who is known for wearing a chain of Giants license plates to games, has gained local notoriety as a New York Giants superfan and a fixture at games for a decade. His social media profile boasts that he has not missed a Giants game, home or away, in 15 years.

He also is athletic director for Leake & Watts school for troubled youth in Yonkers. According to a spokesman from the school, Ruback is on administrative leave. "The safety and well being of those in our care is our top priority," said Bob Knight.