WABC
By Marcus Solis
MOUNT PLEASANT, New York (WABC) -- Two families are filing a lawsuit against Metro-North after a crash in Westchester County that killed 6 people and injured dozens of others.

The crash happened Feb. 3, 2015, when a Metro-North train struck an SUV driven by Ellen Brody at a crossing near Valhalla on the Harlem Line.

Six people were killed from the impact and fire in the disaster.

26 passengers were injured, along with two railroad workers.

The crash occurred when Brody's Mercedes was boxed inside the Commerce Street grade crossing by heavy traffic.

Brody's husband also filed a lawsuit Wednesday, claiming the railroad ignored safety improvements at the crossing that had been mandated by Congress.

He insists his wife is as much a victim as those on the train, though some claim she is to blame.

"It's only natural for people to want to find a villain, want to blame somebody, and I understand that," said Alan Brody.

One year later, he came back to the very spot where his wife was killed. The 49-year-old was on her way home and detoured in traffic when she stopped at a light.

But the vehicle was on the tracks when the crossing gate came down. "She never knew she was on the railroad tracks and you can see how that happened," said Alan Brody.

Brody faults the MTA, saying the Commerce Street crossing is unsafe and confusing to those who are not from the area.

The town of Mount Pleasant will hold a candlelight vigil at City Hall Wednesday night, to honor the victims of the crash, even though the town is named in every lawsuit along with the MTA.

"The town of Mount Pleasant doesn't own the crossings, we don't maintain them, so we really have nothing to do with them," said Mount Pleasant Town Supervisor Carl Fulgenzi.

Among the victims were a driver heading home from her jewelry shop job, a Metropolitan Museum of Art curator, a scientist and two commuters with long careers in finance.

Documents released in December indicate that the Metro-North Railroad's unique third-rail system is the focus of the NTSB investigation into the crash.

Dozens of photographs included in those documents made it clear investigators were closely looking at the third-rail and its role in the unusually high number of deaths. 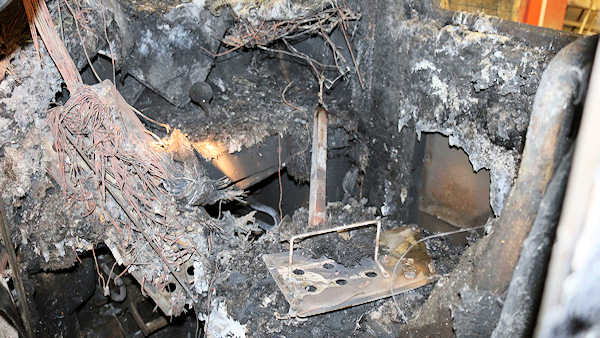 NEW PHOTOS: Train involved in deadly Metro-North collision
A Metro-North train slammed into a vehicle on the tracks Tuesday night in Valhalla.

Five died from severe burns and blunt force trauma but incredibly some survived. Their testimony to the NTSB is chilling.

"The impact was startling. We began to hear loud popping and then I saw what I believe was the entry of a rail segment roughly in the middle part of the car. A man adjacent to that rail jumped up and his clothing immediately burst into flames," said the passenger.