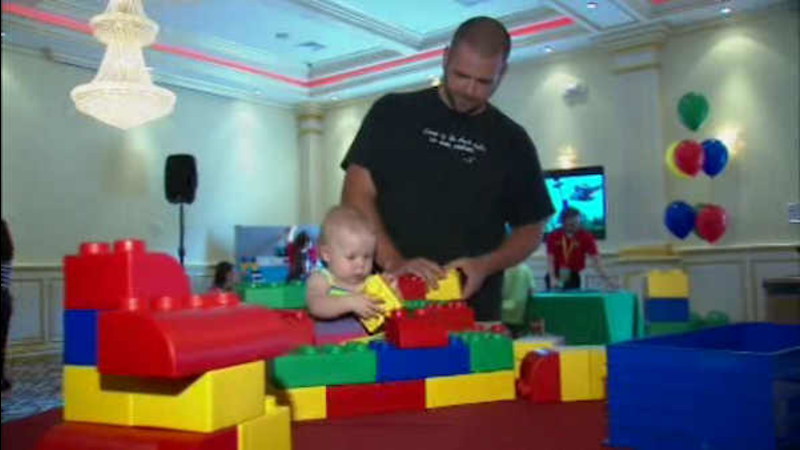 GOSHEN, New York (WABC) -- A community meeting in Orange County Thursday gave the public a preview of the new Legoland theme park that will be headed there soon.

The developers of the park held an open house in Goshen to display park concepts and answer questions.

People could also contribute to a giant Lego mural that will be displayed at the park.

Last month, officials from Merlin Entertainment PLC, the London based operator of the six current Legoland theme parks, were on hand at the Orange County Emergency Services Center in Goshen to provide details on the proposed Legoland New York project.

Legoland hopes to make Goshen the site of its first East Coast theme park and its largest in the country.

The massive half-billion dollar project includes a 170-acre amusement park, hotel and aquarium. The complex would draw an estimated 2 million visitors a year.

"We would employ about 500 people on a full-time basis, part-time and seasonal staff, and create jobs and economic benefits for the community," said John Jakobsen of Merlin Entertainment.

But there has been strong opposition.

More than 1,000 people have signed onto a Facebook group called 'Stop Legoland'.

Residents say the project is too big for their quaint small town and a strain on water, sewer and emergency services.

"That old town feel that Goshen is, which is rare in this world and the internet world, this town still has it. It's going to lose it one swipe," said Legoland opponent Alec Phillips.

Another concern is that Legoland is asking for 30 years worth of tax breaks in exchange for roughly $108 million in payments to Goshen schools and to Orange County.

There is strong support among lawmakers.

"When you increase people visiting your county, everybody benefits, the gas stations, the restaurants, the convenience stores, the hotels," said Orange County State Senator John Bonacic.