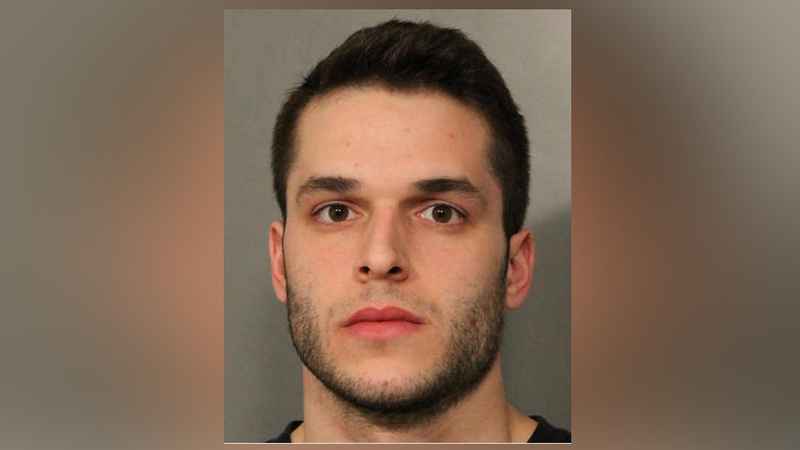 BELLMORE, Long Island (WABC) -- A man on Long Island is facing charges in connection with an attack that left an Uber driver unconscious.

For some reason, the driver pulled over on Bedford Avenue just off Sunrise Highway. Police said that's when Gannotta unleashed on the driver, kicking out his rear passenger window and assaulting him with a flashlight. The driver suffered a fractured eye socket and was knocked unconscious.

Gannotta turned himself into police Sunday and was released on $5,000 bail Monday.

Watch unedited video of 23-year-old Phillip Gannotta, who is accused of attacking an Uber driver.

He had nothing to say to Eyewitness News. His attorney, George Caso, said he still is in the process of gathering information on the case, but said the Uber driver ran over his client's foot.

Gannotta is charged with assault, criminal possession of a weapon and criminal mischief.