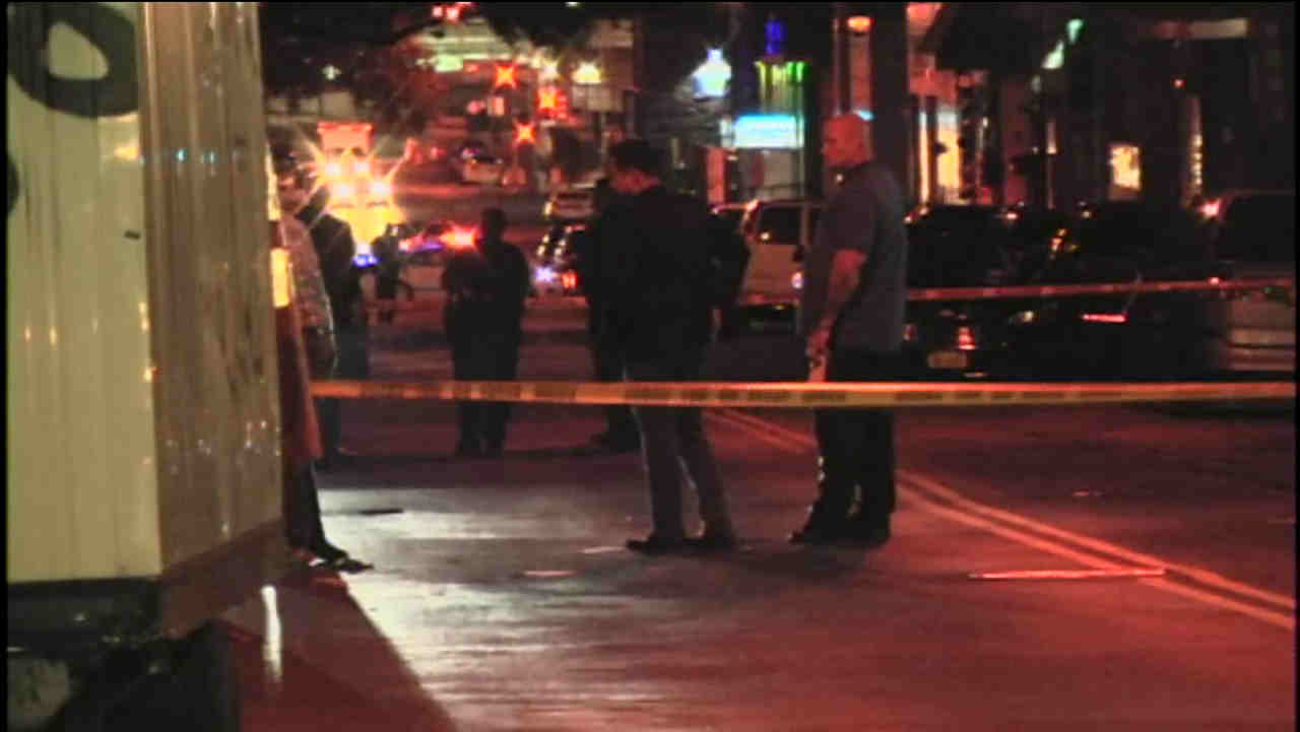 A man was found shot to death in Flushing Wednesday night.

FLUSHING, Queens (WABC) -- Police have charged a suspect in the death of a man found shot in Queens last year after a dispute apparently over drugs.

Robert Sasso, 35, of Queens, was charged with murder and a weapons charge. He was arrested June 20.

Just before midnight July 27, police responded to a 911 call near 35th Avenue and Farrington Street in Flushing. They found a 50-year-old man, identified as Richard Brown of Hempstead, with a gunshot wound to the head.
The victim had been walking and talking with the suspect before the shooting, witnesses told police. The discussion was believed to be over drugs.

The gunman fled on a black motorcycle, west on 35th Avenue.