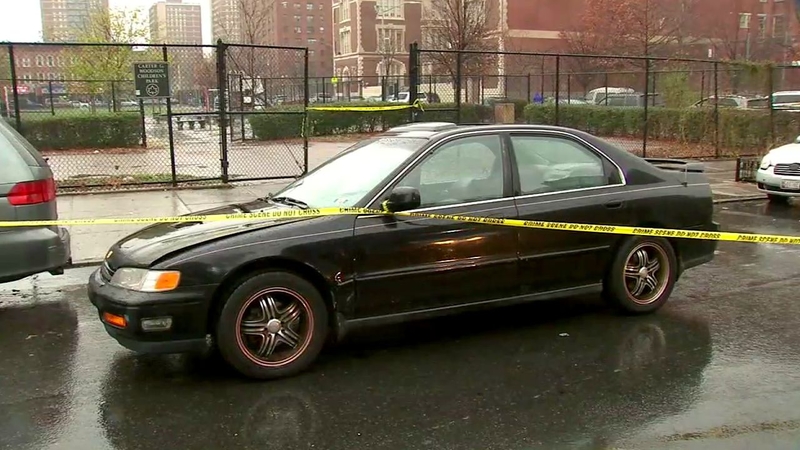 BROWNSVILLE, Brooklyn (WABC) -- A man died after he was stabbed multiple times in Brooklyn Wednesday morning.

The 32-year-old victim was attacked around 10:30 a.m., at Sutter and Christopher avenues in Brownsville, according to the New York City Fire Department.

He was taken to Brookdale Hospital in cardiac arrest, where he was later pronounced dead, officials said.

The motive is unclear, but it appears the two may have been fighting over a woman.

The case is under investigation.

Police are looking for a man in his 50s who fled the scene.
Related topics:
brownsvillenew york citybrooklyn newsstabbing
Copyright © 2021 WABC-TV. All Rights Reserved.
TOP STORIES
NYC voters head to the polls, all eyes on mayoral race
What to know about voting in NYC's mayoral primary
NYC elections: What is ranked choice voting?
When will we know who wins NYC's mayoral primary? Maybe not until July
Here's why each of the 8 Democrats say they want to be mayor of NYC
AccuWeather: Rainy Tuesday after night of storm warnings
Golden Retriever Chunk, missing for 2 weeks, rescued from Barnegat Bay
Show More
Tourist punched, hit with bottle in unprovoked assault on subway
Man fatally shot in BMW over $3,000 chain in Upper Manhattan
COVID Updates: Cruise line reveals strict protocols for unvaccinated
Group of burglars steal 6 vehicles from Newark dealership
Man shot outside strip club in Queens
More TOP STORIES News