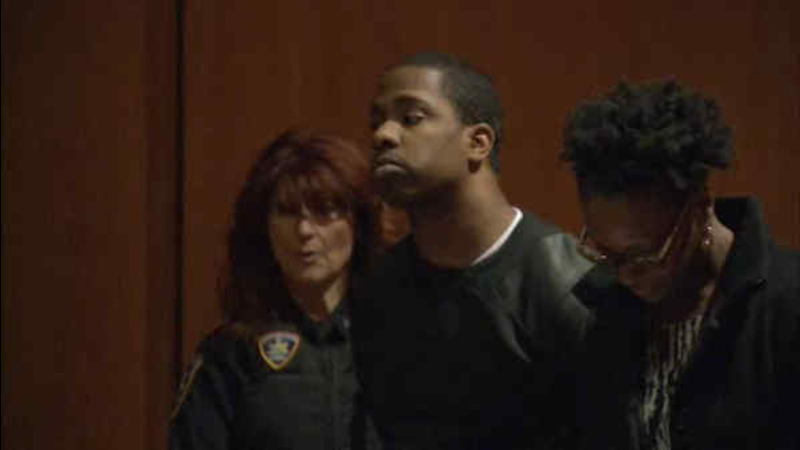 Sentencing for man who tried to kill NYPD officer

KEW GARDENS, Queens (WABC) -- An NYPD sergeant shot twice after chasing a man in Queens in 2012 read an emotional statement at his sentencing Wednesday.

John Thomas, 28, was sentenced to the maximum of 55 years to life for the attempted murder of Sergeant Craig Bier.

Bier and his partner, Detective Nick Romano, were in plainclothes patrolling South Jamaica in an unmarked van when they attempted to stop a man on a bicycle.

That suspect dropped his bike and ran, and when the officers gave chase, he opened fire near the corner of 107th Avenue and Union Hall Street.

Bier was hit in both thighs. The officers were able to return fire, but Thomas fled and was caught after an intense manhunt.

"This was a senseless, violent act and once again illustrates how dangerous police work is," District Attorney Richard Brown said. "The defendant has shown that he has no regard for authority and is a menace to society."

Bier did what very few police officers ever survive to be able to do, he confronted his would-be killer in a courtroom and demanded the maximum sentence.

"You could've got away, you had the lead on me, you had distance," he said. "You were a quick sprint from your home, your sanctuary. And what did you do? You shot me. You're an idiot, because it was a bad decision. And you're a menace, not just to myself and my brothers and sisters in blue, but to everyone on the street. And in closing, Your Honor, I'd just like to ask for the maximum penalty, dropped on his head."

Thomas, who claims he was framed by authorities with his own DNA and whose attorney argued that Bier pulled the trigger himself, would say only, "I'm innocent." It was an allegation that seemed to infuriate Judge Gregory Lasak.

"Your intent was to kill him," he said. "Who are you to take a gun and try to kill a New York City police officer? This is a severe sentence you're going to get. I don't think you'll ever set foot outside state prison."

And with that, Thomas flashed a grin as the judge handed down the sentence.

Police officers formed a receiving line outside the courtroom and applauded as Bier exited.