WLS
By Diane Pathieu
CHICAGO -- A Cook County Jail inmate already in jail on murder charges is now accused of trying to hire a hit man to have three witnesses killed.

Police say Devon Stidwell, 19, met with an undercover sheriff's officer whom he thought was a killer-for-hire.

Stidwell is in custody after police say two groups of people got into a fight in the parking lot of a strip mall in south suburban Sauk Village last summer when someone began shooting. Nathaniel Burns, Jr., 16, was fatally shot during the incident.

Stidwell has been in jail without bond facing charges for Burns' murder since September 2014.

The investigation began in November 2014 after sheriff's investigators allegedly found information that Stidwell was trying to find a hit man to kill three witnesses in his current case. In December and January, police say Stidwell met with someone at the jail who he thought was a hit man but who was actually an undercover sheriff's officer. Stidwell allegedly told the officer that he'd pay him $5,000 for each witness killed.

Already being held without bond on the murder charge, Stidwell will be back in court Saturday on the new charges.
Related topics:
little villageinmatescook county jailmurder for hire
Copyright © 2020 WLS-TV. All Rights Reserved.
RELATED 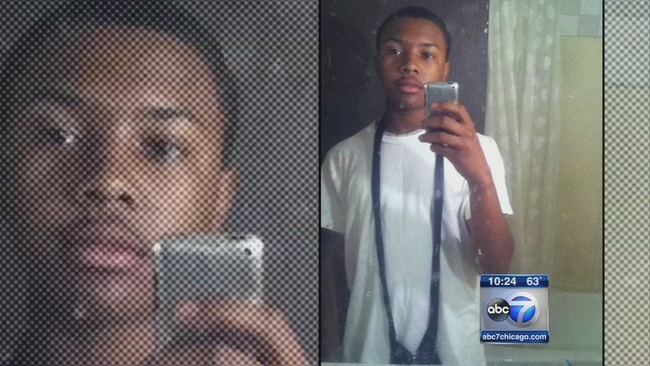