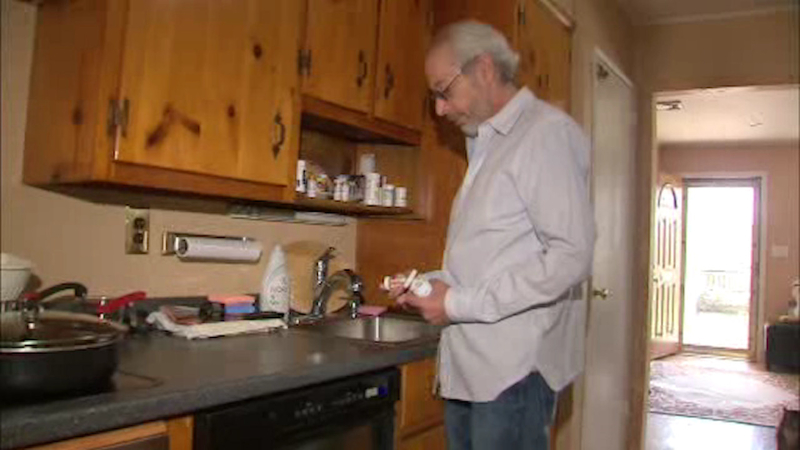 7 On Your Side takes on Social Security

PORT WASHINGTON, Long Island (WABC) -- If you get sick and can't work, many of us would rely on Social Security disability benefits to kick in and help pay the bills. That's what one Long Island family hoped would happen when the main breadwinner, their dad, suffered a heart attack.

Years later, they were still struggling to get the benefits they deserve and are in danger of losing their home.

It was a race against a foreclosure clock to get this disability pay. Social Security said this hardworking dad was owed, yet hadn't received the check promised back at Christmas time.

Port Washington's Mitch Cohen says he's never been in this situation. He says his house of 21 years, where he and his wife raised his two now-grown girls, is just days away from finalized foreclosure. All because they're 10's of thousands in debt.

"I can't hold onto the house," Mitch said. "May first they're going to put it up for sale."

The trouble started six years ago when Mitch, a successful electrical engineer, who was working on the One World Trade building, suffered a debilitating heart attack. He says his doctor ordered him to only work part-time. That didn't sit well with the boss of the company he worked for.

So he embarked on a nearly four-year odyssey to get Social Security Disability. He was denied and appealed. Finally, last December he won a favorable hearing. In January, he started getting his monthly benefits.

The problem was the back-benefits, where he's owed more than $60,000. But four months later, "My attorney called them. I called them. I made a pain in the neck out of myself," Mitch said.

Nothing came but mounting bills and stress.

"I'm terrified I'll get a call saying your dad's in the hospital," said Dani, Mitch's daughter. "Because all the stress that's been going on."

So 7 On Your Side called Social Security and one phone call later, success!.

Mitch got the news he's been waiting for, he's finally get his disability benefits in a lump sum.

"Actually, I started to cry, it's such a relief," Mitch said.

Now their home will be safe, as nearly $62,000 was deposited in his account.

A rep from Social Security told 7 On Your Side it resolved the problem and issue the payment immediately after our call and it, "certainly regret any inconvenience this problem may have caused."