She was left home alone and then killed in a fire.

There had been complaints to the city before the tragedy that Kalenah's mother had been leaving the girl home alone.

The city opened its investigation on Leila Aquino February 15th. There was a complaint her daughter was being left alone.

On Monday night, police say Aquino went out with friends. She came back Tuesday morning to find her apartment destroyed by fire.

Little Kalenah was inside. Sources say the little girl panicked, tried to hide under a bed, and died.

The question now is could the city have done something to save Kalenah?

"One of the things I've learned with ACS and with NYPD and many other cases the first iteration is often not the, we need the whole story, we need a full investigation. We need the facts. If we believe is not good enough. We will change it period," Mayor Bill de Blasio said.

Mayor de Blasio promised a full investigation, but said ACS is much better today than in the past.

Also, investigators have a smaller case load of 12 per worker instead of 15 or higher.

"ACS did not have enough personnel when I came into office. We've added a lot more personnel, a lot more training, and reduced the caseloads but every case, Dave, to your point, teaches us," Mayor de Blasio said. 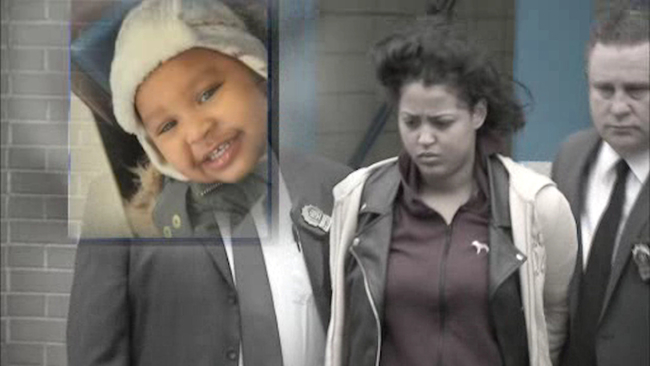