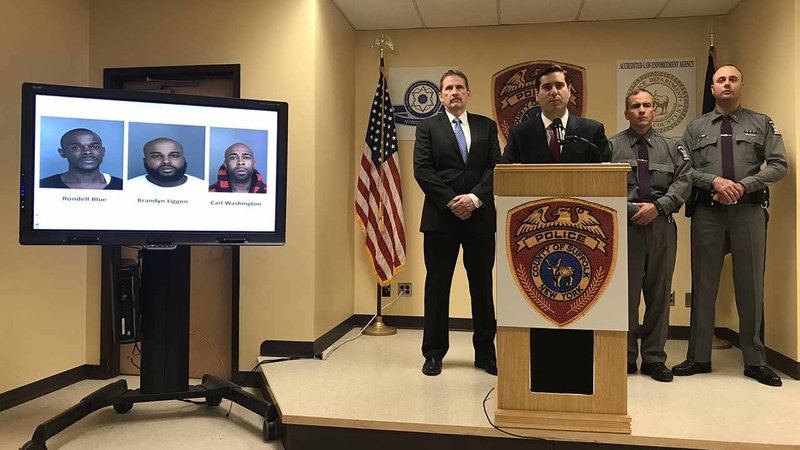 A Medford home on Northfleet Lane connected with a "recent spike in drug overdoses" was searched recently, according to the Suffolk County Police Department.

It has been linked to five fatal overdoses, officials said.

Investigators seized four illegal weapons, heroin and fentanyl, crack cocaine as well as other narcotics, and nearly $10,000 in drug money.

Suffolk County Police Commissioner Timothy Sini said this is not about arresting drug dealers, but about taking lethal products off the street.