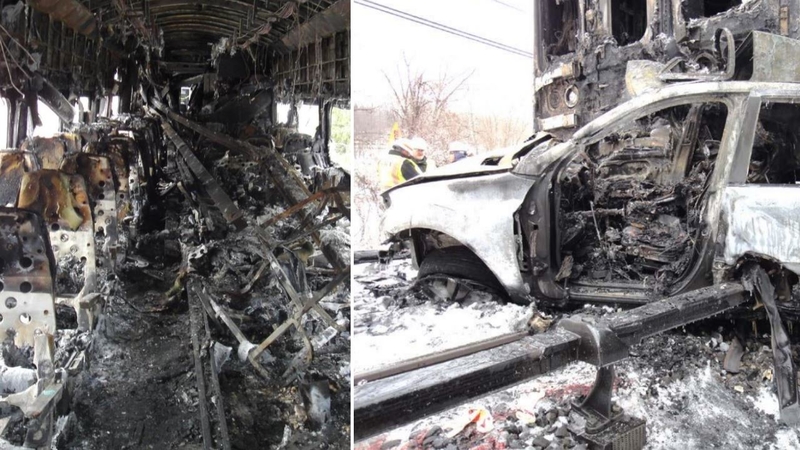 VALHALLA, New York (WABC) -- The Metro-North Railroad's unique third-rail system is the focus of the NTSB investigation into February's fatal Metro North train crash that killed six and injured more than a dozen others, according to new documents released Wednesday.

Dozens of photographs included in those documents makes it clear investigators are closely looking at the third-rail and its role in the unusually high number of deaths.

The crash happened Feb. 3, 2015, when a Metro-North train struck an SUV at a crossing near Valhalla on the Harlem Line.

When the collision happened, the NTSB said 400 feet of the third rail ended up in the train's third car.

This picture is critical to NTSB investigation in that it shows how the third rail impaled the car as the train pushed it down the tracks: 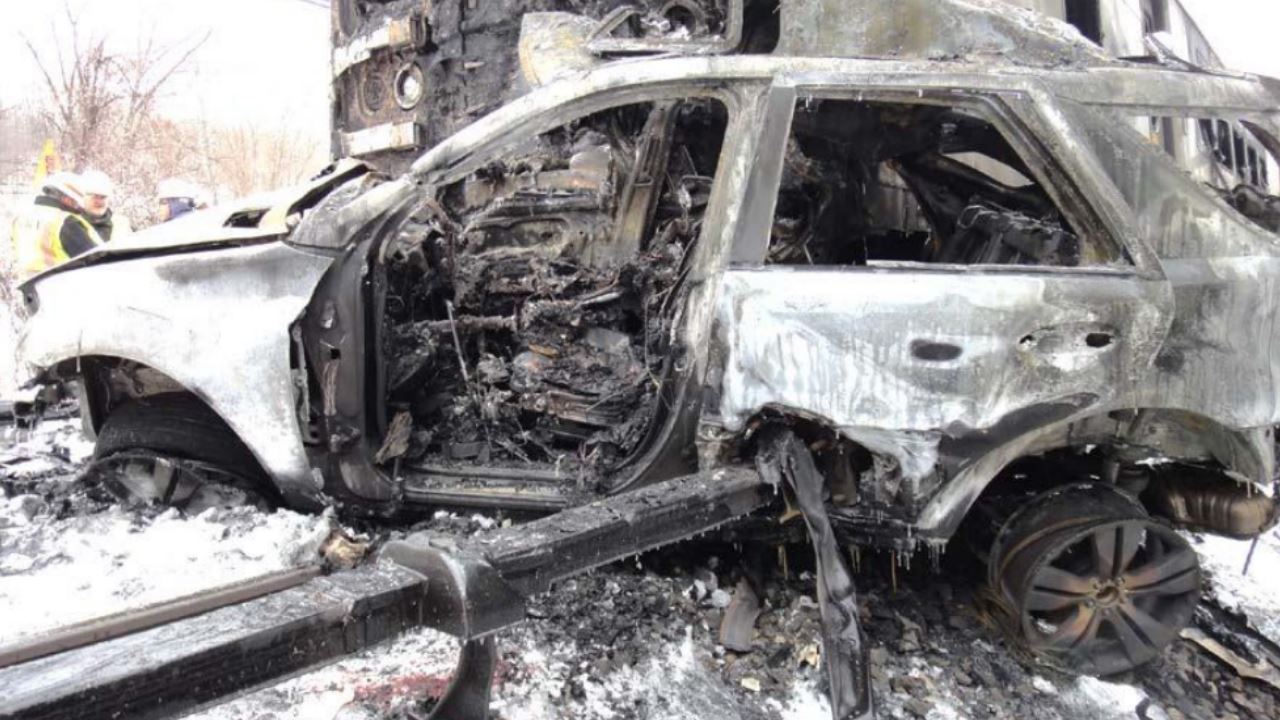 The third rail then ripped loose and flew like missiles into the first car where all 5 passengers were killed.

Five died from severe burns and blunt force trauma but incredibly some survived. Their testimony to the NTSB is chilling.

"The impact was startling. We began to hear loud popping and then I saw what I believe was the entry of a rail segment roughly in the middle part of the car. A man adjacent to that rail jumped up and his clothing immediately burst into flames," said the passenger.

Another passenger in that first train car described the flying third rails as "like a can opener, cutting us open. It kept growing."

Metro-North's third rail system is like no other in the nation. Trains collect power from the bottom of the third rail rather than the top.
At each grade crossing, the end of the third rail must be angled slightly upward to catch the train shield as it rolls through the crossing. 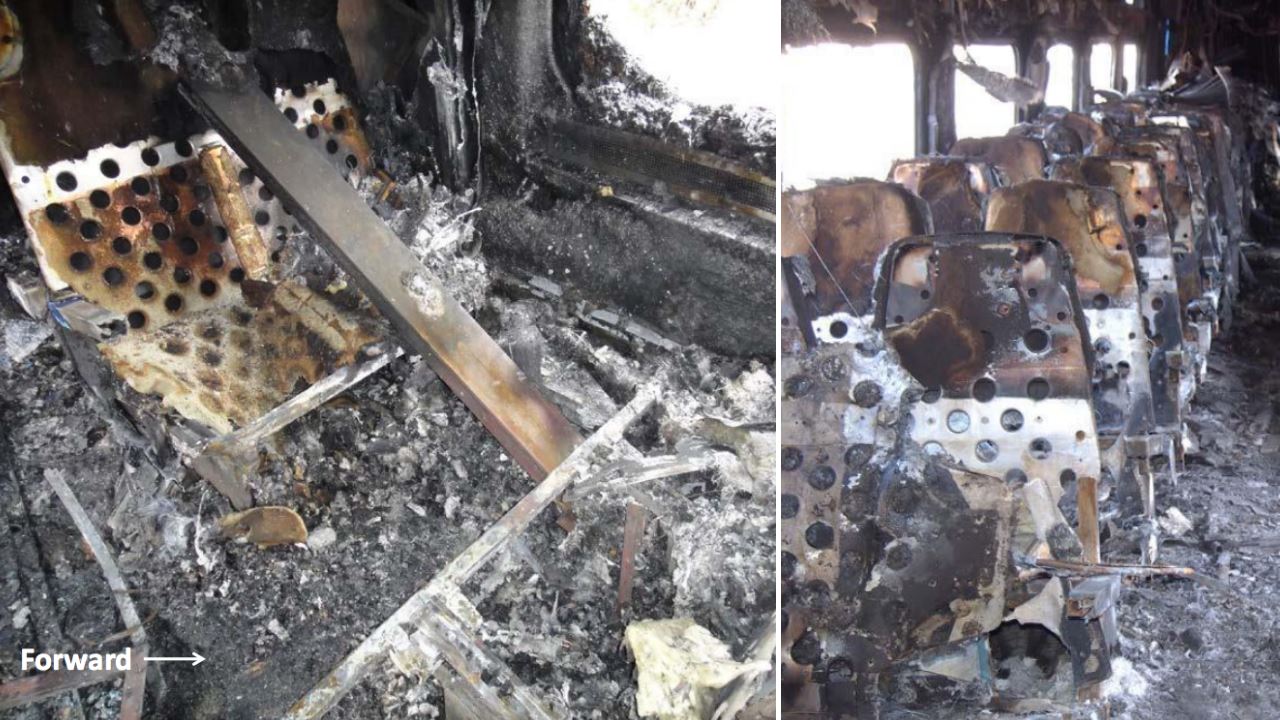 While the 1,100 newly released pages reveal little about why Ellen Brody's SUV got stuck on the rail crossing, the documents do seem to back what a rail electrician first told us the day after the collision.

The electrician, who didn't want to be identified out of fear of retribution, worked on the power system. He said when the train hit the car, the vehicle plowed into the upturned end of the third rail, prying it free and sending it into the first and second cars of the train.

"When it got caught under the third rail it started lifting it up from its anchoring system like a crowbar," he told Eyewitness News in February. ('Then it just broke apart?' we asked.) "Yes, it peeled it and locked it a higher elevation which probably pushed it through the car," he said.

Eyewitness News Investigator Jim Hoffer reported the day after the crash that the third-rail system was the immediate focus of the investigation. Those close to the investigation believe this system is what made this crash deadlier than other similar train crashes across the nation.

At the time, a federal inspector told Eyewitness News that Metro North's unique third-rail system could be more prone to coming a part in accidents, but he adds that this kind of system is safer for rail workers and more reliable in bad weather. 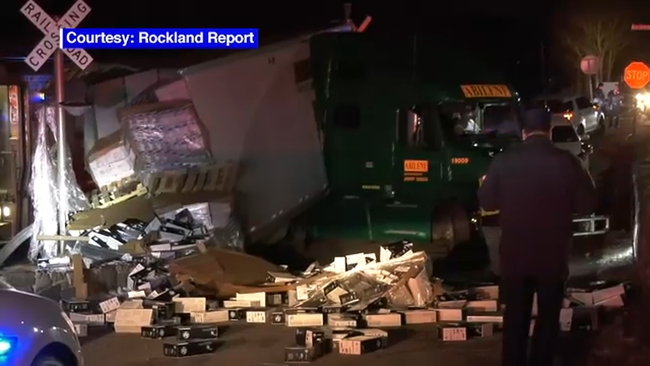 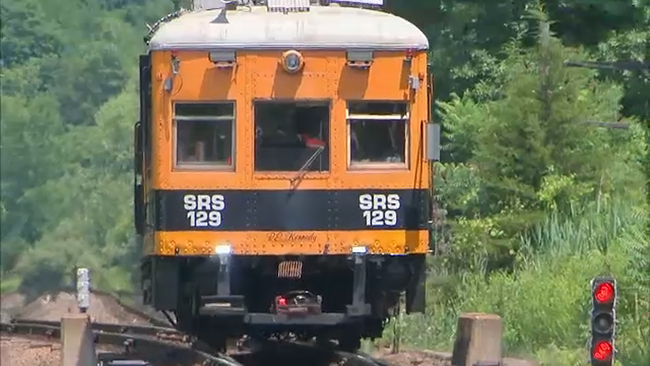 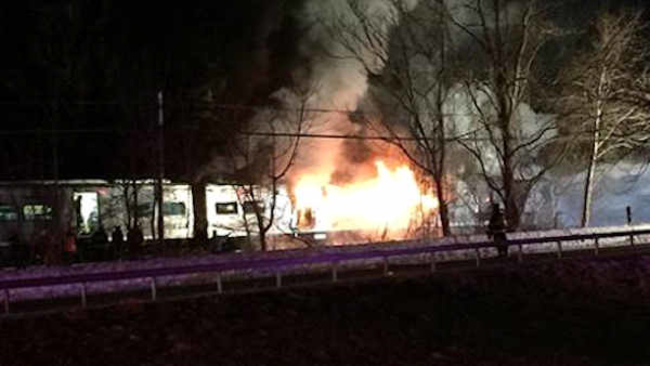 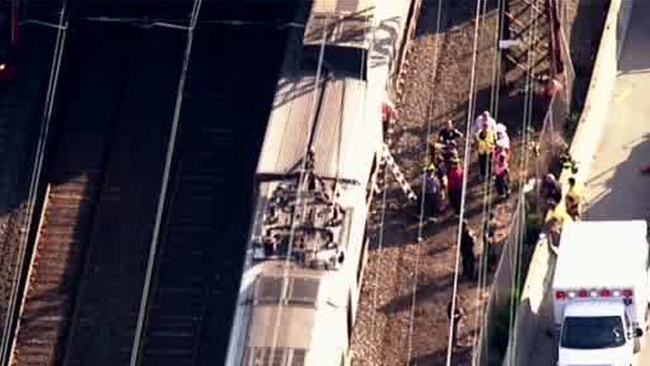