AP
NEW YORK -- Giant balloons took to the clear, sunny sky over midtown Manhattan on Thursday for the annual Macy's Thanksgiving Day Parade, with spectators lining up along the parade route and a heavy police presence keeping a watchful eye.

The parade, in its 89th year, also included marching bands and floats to go along with Hello Kitty, Snoopy, Paddington and other giant balloons. The performers were expected to include Jordin Sparks, Shawn Mendes and Pat Benatar. PHOTOS: Macy's Thanksgiving Day parade
Giant balloons took to the sky over midtown Manhattan on Thursday for the annual Macy's Thanksgiving Day Parade.
City officials have said there are no known, credible threats against New York following the recent attacks in Paris and a video purportedly produced by ISIS that contained video clips of Times Square. But Police Commissioner William Bratton said more than 2,500 officers will be stationed along the parade route for the Thanksgiving Day festivities - the largest number of officers the department has ever assigned to the event.

Dave Evans reports on the NYPD's unprecedented security measures for this year's parade.

"I think people are coming here from all over the city, all over the metropolitan region, all over the country to be a part of this parade," Mayor Bill de Blasio said during a news conference Wednesday night. "We cannot let the terrorists succeed at psychological warfare. ... They're doing what they do to try and create fear, to try and change us."

Thousands of people gathered Wednesday night to watch as the large, character balloons that have become a staple in the parade were inflated.

"It's awesome," she said. "I've never done this before. It's on my bucket list." 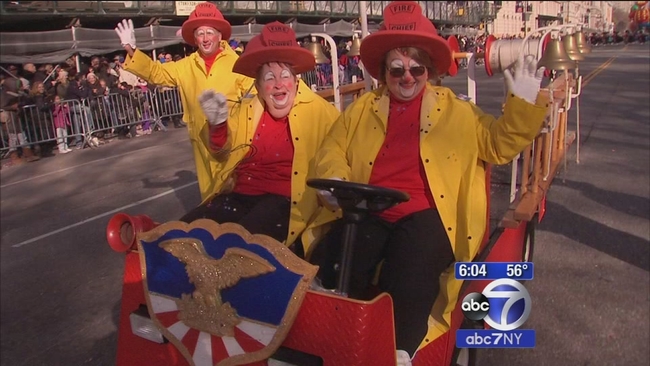 84-year-old woman fulfills dream of being a clown in Thanksgiving Parade, this time with her family 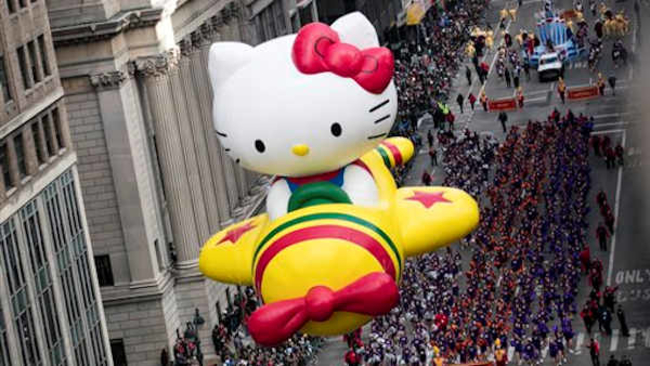