WPVI
DINWIDDLE COUNTY, Virginia -- The search is over for a missing woman and her 5-year-old great-granddaughter from New Jersey. The pair has been found alive in Virginia, police said.

71-year-old Barbara Briley and her great granddaughter 5-year-old La'Myra Briley, had been missing since Christmas Eve.

An alert homeowner found the two were safe and sound around 5 p.m. Wednesday in a wooded area on private property in Dinwiddle County.

Both were found still seated inside the silver Toyota Rav4.

Barbara Briley was flown to VCU Medical Center in Richmond, Virginia for treatment.

Police say La'Myra was alert and appeared unharmed, but was transported from the scene for medical evaluation.

The last time they were heard from or seen was at an Exxon in Ruther Glen, Virginia.

"I was at work Christmas Eve and I got this phone call from my mom talking about 'we can't find your grandma or the baby,'" Jamero Briley of Mays Landing told Action News Tuesday.

"It's hard for me, trying so hard not to cry," Briley said.

He says he has no idea what happened.

Briley says his uncle spoke to his grandmother over the phone when she stopped in Virginia. She said she was lost.

Our sister station in North Carolina was able to speak with the Exxon employee who saw them last.

"I physically spent time with her and helped her to get to her destination and she didn't make it," gas station employee Joanna Strange said. 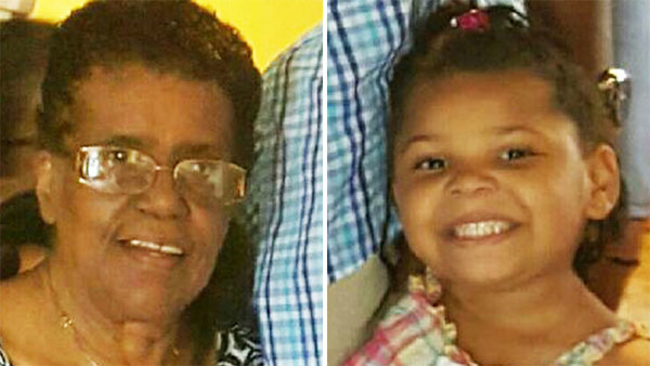