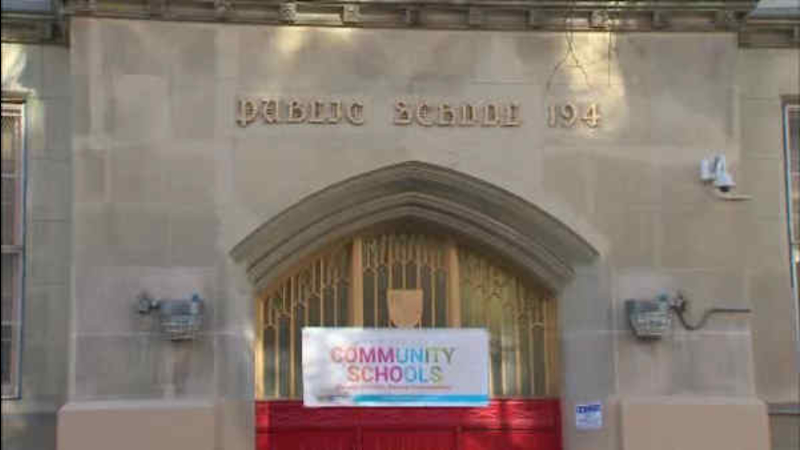 HARLEM (WABC) -- There are shocking allegations against a New York City school teacher accused of abusing a student, and apparently this isn't the first charge levied against him.

The latest incident involves a 7-year-old boy who was allegedly thrown across the hallway at PS 194 in Harlem, in what officials say is the fifth time he has been accused of abusing a student.

The teacher has been suspended, but the boy's mother wants him arrested. Additionally, the Department of Education says Osman Couey will be fired, but mom Chantel Phinazee says that's just not enough.

Seven-year-old Ka'veon Wilson is a bright and happy second grader who went through a very dark time back in December.

"My son is scared to sleep in the dark without a night light," Phinazee said. "He wakes up in the middle of the night. He talks in his sleep because he's scared. It's ridiculous."

Phinazee had to request an emergency transfer after the school's principal called to inform her that her son was the victim of abuse at the hands of his teacher.

"I don't trust this school," she said. "Ya'll waited a month to tell me, didn't care at all about what was going on with my son. You kept it from me. So I don't trust them no more than I did before."

Couey has been at the school since 1993 and has a history of incidents involving children. There have been four previous letters of reprimand on his record, though this one is the first to be substantiated due to video surveillance that captured his actions.

"You see on video that he grabbed Ka'veon by both arms and threw him across the hallway and slammed the door," Phinazee said.

Parents who send their children to PS 194 say they are disgusted by the way the school has handled the incident.

"They like to keep a lot of things under wraps," one mother said. "It's frustrating. It's very frustrating because I'm concerned about my child."

Phinazee is demanding that more actions be taken.

"Him just being fired, they're not going to help these other kids that have to go through what my son went through," she said. "So since nobody else wants to stand up for them and to take the precautions of going through this, then I am."

Phinazee has support from the National Action Network, and she has retained an attorney and plans to take legal action.

The Department of Education issued the following statement: