More than 100 injured in LIRR train crash at Atlantic Terminal

According to the New York City Fire Department, of the 103 people with reported injuries, none of them has life threatening wounds.

New York City OEM said 11 people had to be removed by stretcher, and patients were triaged and characterized as "walking wounded."

The train struck and went over the bumping block at the end of Track 6, then "went by it for a few feet," said New York Gov. Andrew Gov Cuomo at a news conference. "This was minor compared to Hoboken."

Sources told Eyewitness News that preliminary information is that the train was going too fast as it entered the station.

According to FDNY Deputy Assistant Chief Daniel Donoghue, "one of the rails actually pierced the bottom of the train." He added, "We are fortunate we didn't have more serious injuries."

The train came to rest against a small room at the end of the track. "It actually hit that wall pretty hard," Donoghue said. "That room sustained quite a bit of damage."

As the train got to the station, witnesses said they felt it slam against something, and many began to panic, scream and cry. Other witnesses reported hearing a loud boom.

"Typically, when you're coming into Atlantic Terminal, the train goes very slow. Today, I was saying to myself as we were coming in, it was going faster than usual," said one witness. "And before you knew it, the impact and people were, like, flying."

One described the aftermath as "total pandemonium," with some falling forward and others falling on top of each other.

"People crying, screaming, then it started smoking," said another witness. "So they were trying to get off the train as fast as we can, because we didn't know if it was going to blow up or something like that."

The train left Far Rockaway at 7:18 a.m. and was supposed to arrive at Atlantic Terminal at 8:11 a.m. The accident occurred around 8:20 a.m.

"Accidents seem to happen in an instant but they take some time to unravel. Our mission is to understand not just what happened, but why it happened," said Jim Southworth, NTSB.

An estimated 430 people were on the train when the crash occurred. Passengers were moved to the street level after the wreck.

The NTSB reports that the train's engineer has undergone a drug and alcohol test and has been examined at the hospital. The results of those tests are not yet known.

Gov Cuomo on scene of this morning's LIRR accident pic.twitter.com/r2KK1QytWC

Cuomo said it is unclear what happened to the operator, and promised a full investigation.

In comparison with a fatal train derailment in September in Hoboken, this crash is not as severe, Cuomo said. He called it a "relatively minor accident."

MTA Chairman Tom Prendergast said it is too early to tell what exactly caused the wreck. "Obviously, the train is supposed to stop short of the bumping block. It did not do that. So that's one of the things we will look at."

Prendergast said the partition panels and the bumping block at the station were damaged.

NJ Burkett, who was riding his own train to work and arrived 5 minutes after the crash, describes the scene

"The most important thing we want to do now is get a chance to talk to the people that can tell us perhaps what happened. That's the engineer the assistant engineer and the conductor," Southworth said.

Witnesses to the crash are also being asked to contact the NTSB at witness@NTSB.gov. 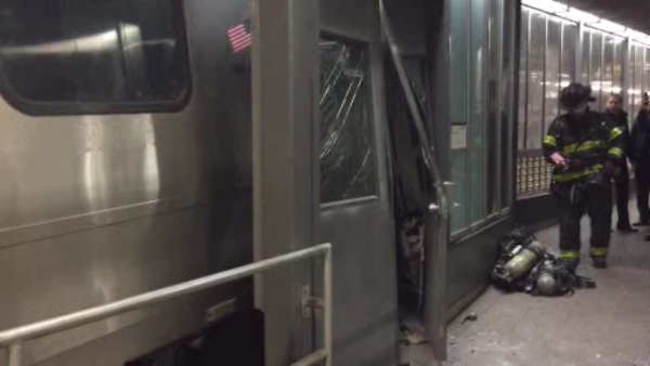 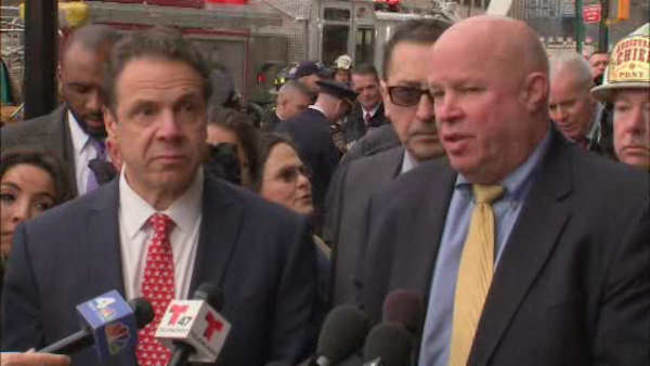 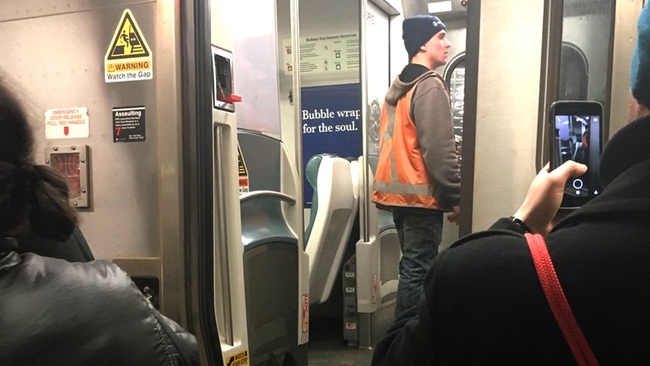