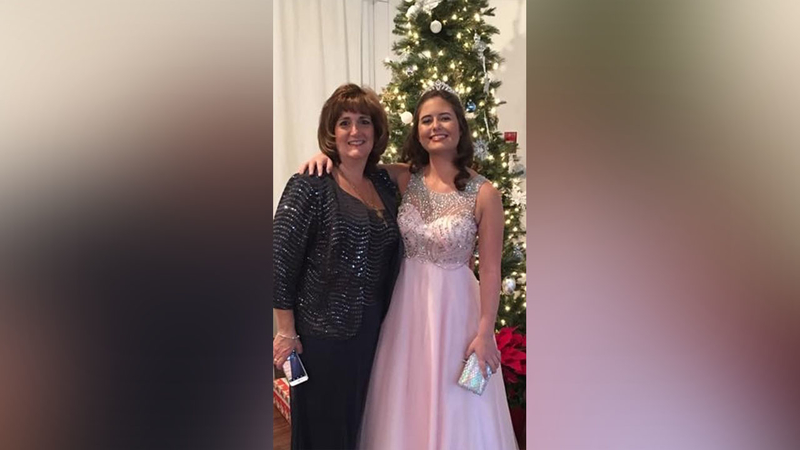 LINDENHURST, Suffolk County (WABC) -- Police on Long Island are investigating after an elderly driver lost control of her vehicle Sunday, killing a woman and injuring her teenage daughter as they were walking on a sidewalk.

Diane Aluska and her 16-year-old daughter Jenna had just left Sunday Mass at a church on Wellwood Avenue in Lindenhurst, and they crossed the street to walk on the sidewalk.

Police say 80-year-old Ann Riolo had parked her Toyota in a spot on the street, went into a bakery, got back in her car, and pulled out of the space.

"She had thought that she put it in drive - left it in reverse, hit the gas, started speeding backwards, lost control and jumped the sidewalk," Suffolk County Police officer James Murphy said.

Authorities say Aluska saw the car coming, and the mother of three pushed Jenna out of the way.

"The one that was lying over there on the ground, she was looking for her mother, she just kept screaming for her mom," witness Victoria Fisher Kelly said. 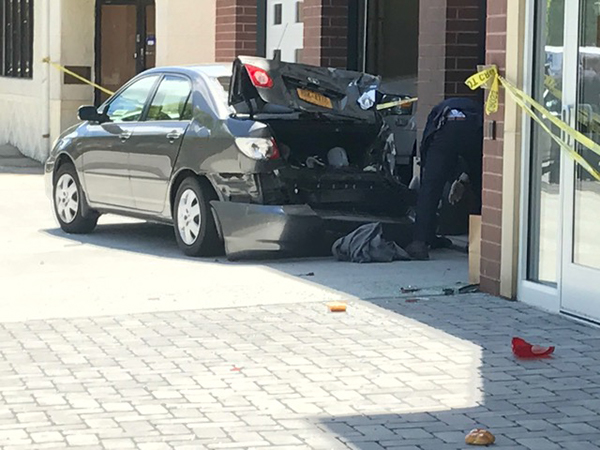 The accident happened right in front of the Lindenhurst Fire Department. A good Samaritan named Frank and others rushed to push the car off Aluska.

"Someone put it in gear, and we got the car going, and then I saw the woman on her back," Frank said.

Aluska was rushed to the hospital, where she succumbed to her injuries.