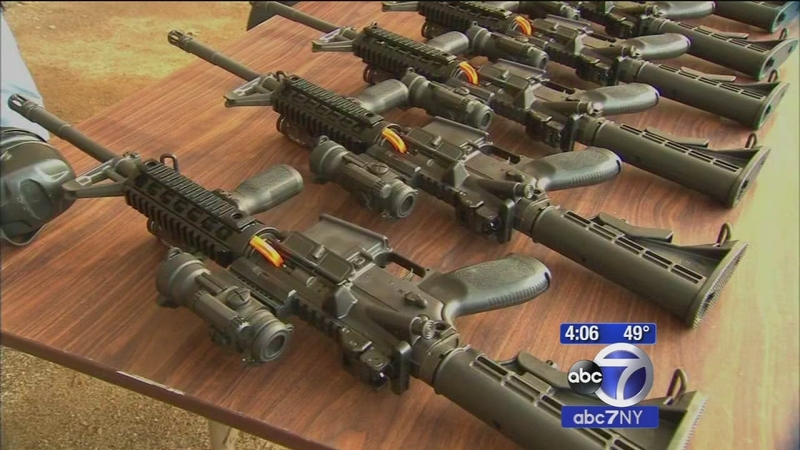 Currently, only the Bureau of Special of Operations and the Emergency Services Unit are armed with rifles. Now, training and rifles will be supplied to the Special Investigations Squad, CIRT, Robbery Squad, Electronics and approximately 100 members of patrol throughout the county, which officials say is an important initiative as patrol officers are often the first responders to the scene of a crime.

"While we hope the day never comes, the Nassau County Police Department is continually training and preparing officers to combat active shooters and acts of terror," Mangano said. "To enhance response capabilities, additional Nassau County police officers are being trained and outfitted with powerful rifles that are capable of hitting their targets from long-range distances."

"The Nassau County Police Department prides itself on having some of the most well respected and professional law enforcement officers," Krumpter said. "To that end, it is imperative that we continue to provide them with the tools and training they need to help keep Nassau one of the safest counties in the nation."
Related topics:
mineolaterror threatshooting
Copyright © 2021 WABC-TV. All Rights Reserved.
More Videos
From CNN Newsource affiliates
TOP STORIES