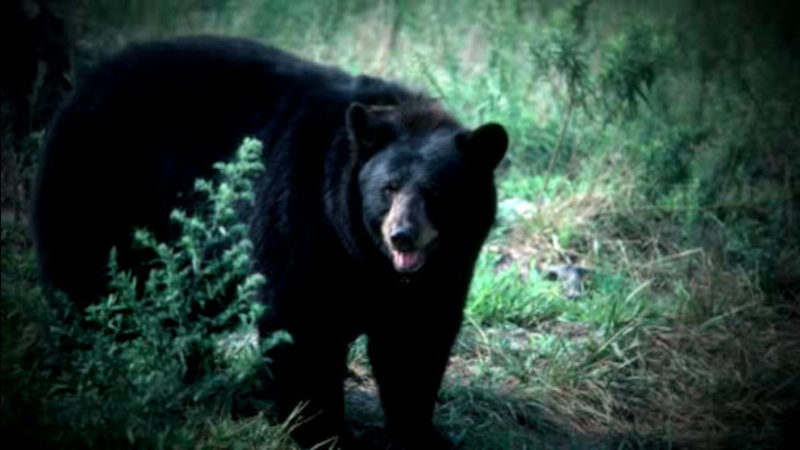 State wildlife officials tout the annual hunt as an important part of their bear management plan, saying it's needed to control the population and help protect the environment. But it continues to draw fire from animal activists and other critics who contend it's inhumane and unnecessary.

The state recently expanded the areas where hunting is allowed during the six-day event. It is permitted this year in all or portions of Hunterdon, Passaic, Morris, Somerset, Sussex, and Warren counties, and portions of Bergen and Mercer counties.

New Jersey resumed state-regulated bear hunting in 2003 after more than 30 years, and hunters harvested 272 bears during last year's hunt. This year, some 8,200 hundred permits have been given out to harvest one bear.

Right before sunrise Monday morning, the hunt began, and it didn't take long for hunters to bring in their prey. For the second year in a row, Mark Beardslee was the first to harvest a bear in Sussex County.

"Pretty much first light, he came walking down a path that I had seen him on before, and the rest is somewhat history," Beardslee said.

Beardslee was also the first hunter in 2014 to bring a bear to the check station in Fredon. He used a shotgun to kill the bear in each instance. Close to a dozen hunters were at the Whittingham site waiting to check in their bears before noon.

State officials say there still is a need to control the black bear population, estimated at around 3,500 in northwest New Jersey.

"We have the densest black bear population in the nation and we also have the most dense human populated state in the nation," said Carole Stamko, of the Bureau of Wildlife Management. "So when you have those two, it's a perfect recipe for a human bear conflict, and we're trying to reduce that as much as we can."

Protesters contend there are better ways to reduce bear and human encounters, and they believe residents living in bear territory should make their homes bear-safe.

"By keeping unnatural food sources away from bears, it reduces their population and keeps them at bay," said Angie Metler, of the Bear Education Program.